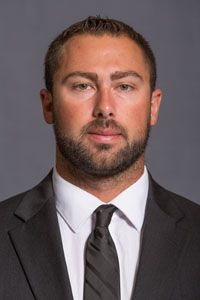 Tyler Bennett begins his fifth year as a full-time assistant in Athletic Training at Cumberland after spending two years at Tennessee Tech. He oversees athlete care, injury prevention, evaluation, treatment, and rehabilitation for football and men's volleyball. He has provided coverage for track and field and cross country at CU in the past.

Bennett was a graduate assistant at Tennessee Tech, assisting the Head Athletic Trainer with football for the Golden Eagles, including athlete care, injury prevention, evaluation, treatment, and rehabilitation. He scheduled office appointments for injured student-athletes with the team physician and assisted with pre-participation physicals and student-athlete drug testing as well as packing travel trunks and field set-up at away football games. Bennett also provided coverage for men's tennis home matches and out-of-season coverage for women's soccer practices and matches at TTU.

He is a member of the National Athletic Training Association and the National Registry of Emergency Medical Technicians.

Bennett received his bachelor's in Athletic Training from Kent State in December 2013 and earned his master's in Exercise Science with a concentration in Sports Management from Tennessee Tech in May 2016.

Bennett and his wife, Catherine, reside in Lebanon with their dogs Braxton and Sadie. They are expecting their first child in December.