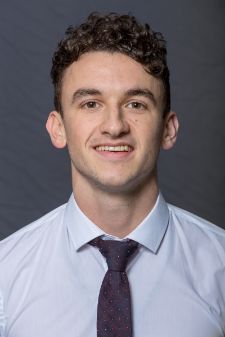 Marty Owens is beginning his second season with the Phoenix as the Men’s Soccer Graduate Assistant after his playing career.

Owens came to Cumberland after one year at the University of Limerick.

The Charlestown, Ireland native started all 58 games in his career at Cumberland where he accounted for 57 points.  Owens helped lead his team to a Conference Championship and bid into the NAIA National Tournament in 2015. Owens best year came in his sophomore campaign as he produced 10 goals and 10 assists for Cumberland.

Owens received his undergraduate degree in Business and is currently working towards his MBA at Cumberland.