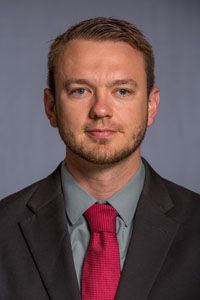 Hinds was a Graduate Assistant Athletic Trainer at Southeast Missouri State University where he worked with football, women’s soccer, and women’s gymnastics. While at SEMO he earned his Master of Arts in Higher Education Administration in 2012.

Hinds earned his Bachelor of Science degree in Athletic Training from Eastern Illinois University in 2010.

Hinds married his wife Alyssa in 2016 and they reside in Lebanon with their dog Cloudy.