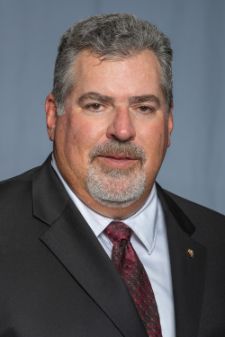 Thomas McPhail joins the Cumberland football staff in the 2019 season as the Kickers and Punters coach along with assisting the A-Backs.

McPhail is a longtime high school football coach in the Middle Tennessee area. This season begins his 30th year as a coach. He began his coaching career at Scotland County High School in Laurinburg, North Carolina before moving to Tennessee to be a Graduate Assistant at Middle Tennessee State University where he helped coach the offense and special teams units in 1991 and 1992.

After getting his master's at MTSU, McPhail started out as an assistant coach at Glencliff High School in Nashville where he spent eight years there from 1993-2000. Glencliff made the playoffs in 1997, 1998 and 1999 while making a run to the 5A state championship in in 99.

McPhail moved on to Father Ryan High School in 2006 and served as the team's offensive coordinator and quarterbacks coach until 2011. Father Ryan made five playoff appearances over the six years Mcphail spent there and reached the state semifinals twice. McPhail went on to Overton for a three-year stint as an assistant coach serving primarily as the quarterbacks, kickers and punters coach. Overton went undefeated and was region champions in 2013.

For the past four years, he has been the head football coach at Hunters Lane High School before resigning last fall.

He has a bachelor's degree from the University of North Carolina at Pembroke in 1989 and a master's in health and physical education from MTSU that he received in 1992.

McPhail has been married to his wife Kim for 31 years and they have three children: Trey, Connor and Meghan.