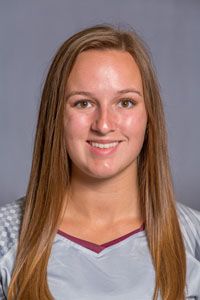 The Ankeny, Iowa native, spent two years at Cumberland as a middle and right side for the Phoenix women's program. Her best campaign at CU came her junior season. She posted 143 kills and 69 blocks. Her senior season, she posted 29 kills in just 31 sets played.

Moeller spent her first two seasons at Indian Hills Community College in Ottumwa, Iowa where she earned her associate's degree. Moeller had 197 kills, a .427 hitting percentage, 40 solo blocks, and 168 block assists in her two seasons with the Warriors.

Moeller graduated with her bachelor's degree from Cumberland in May 2020 and is now pursuing her master's degree.