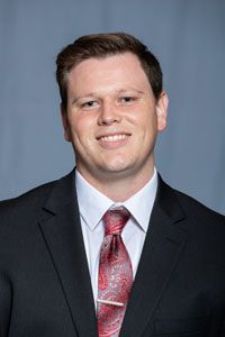 Kiesel spent the past two years as a graduate assistant at SUNY Cortland providing primary team coverage to both the men’s ice hockey and women’s field hockey programs. He also spent time providing split coverage for the Cortland baseball program.

Prior to his graduate assistant position, Kiesel gained experience through several clinical rotations at Heidelberg University in Tiffin, Ohio. He helped provide care for several of the university's athletic teams as well as local high schools. While at Heidelberg, Kiesel also worked as a Finish Line First Responder at the Akron Half-Marathon and the Chicago Marathon.

Kiesel played soccer at Heidelberg from 2014-2017 as a forward. He saw his most action his senior season starting three games and seeing action in 16 of the team's 17 games. Kiesel was a member of the 2014 team that won the Ohio Athletic Conference tournament championship. He earned Academic All Ohio honors in 2016, Academic All-OAC in 2016-17, Landess Award winner in 2015, 2017-18, and on the Dean's List each of the four years.