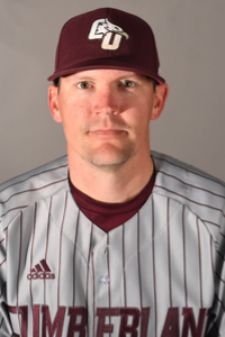 Pat Bell enters his second season as an assistant baseball coach in 2022-23 after spending the three seasons from 2019-21 at IU-Southeast. Bell works with the Phoenix hitters, catchers, and oversees the baserunning for CU.

Bell comes to Cumberland fresh off a trip to the NAIA World Series at Indiana-Southeast where he spent the past three seasons. This past year, the Grenadiers went 50-16 en route to a River States Regular Season and Tournament Championship and an Opening Round Championship. The team finished in fifth place at the 2021 NAIA World Series.

The 2020 season was canceled due to COVID, but the Grenadiers were off to a terrific start at 20-1 to open up the season. He helped IU-Southeast claim the Regular Season Conference Championship as well finishing 37-20 in his first season in 2019.

Bell worked primarily with catchers and hitters at IU-Southeast and will stay in that role at Cumberland while also adding baserunning to his duties. IU-Southeast hitters last season finished third in the NAIA in hits (707), fourth in doubles (146), fifth in runs scored (554), sixth in RBIs (503), and eighth in triples (23). He coached an All-American at catcher and helped the backstops throw out 50% of runners attempting to steal, 39th best nationally.

Prior to coaching, Bell spent 10 years serving in the United States Air Force and played collegiately at Tennessee Wesleyan University where he was a part of the 2007 and 2008 Appalachian Athletic Conference championship teams.

He graduated from LaVergne High School and recently finished his Bachelor of Science degree in Sports Administration at the University of Louisville.