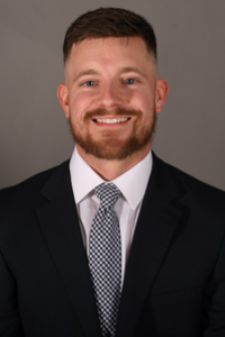 Josh Qualls begins his first season as Co-Offensive Coordinator and Pass Game Coordinator for the Phoenix in 2022.

Qualls, a Pine Bluff, Ark. native, spent this past season in Murfreesboro working as a Offensive Graduate Assistant at Middle Tennessee State University and prior to that spent two seasons as an Offensive Assistant Coach at Arkansas-Monticello

Qualls helped the Blue Raiders finish with a 7-6 record and bowl win over Toledo in the Bahamas Bowl. He worked directly under Coach Brent Dearmon with the H-Backs and Tight Ends while assisting with quarterbacks.

Qualls played quarterback at Arkansas Tech University from 2014-17 and continued to work their in 2017 and 2018. In his first season with UAM, Qualls coached the wide receivers and helped the Weevils to a bowl game appearance and a 6-6 record in the 2018 season. In 2019, he coached the tight ends and H-backs.

Qualls went on to graduate from Arkansas Tech in 2017 with a degree in Rehabilitation Science. He earned his masters of physical education and coaching from Arkansas-Monticello in 2021.