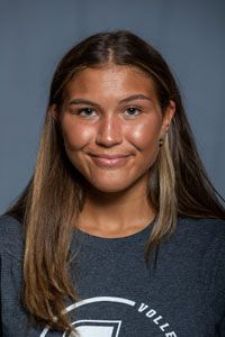 Nicole Carey begins her first season as begins her first year as a graduate assistant in Sports Information at Cumberland after finishing an accomplished career as a women's volleyball student-athlete.

During her time at Cumberland, Carey will handle the responsibilities of the day-to-day reporting on athletics teams including game notes and recaps, game and season stats, and postgame information. He will assist in handling all of the department's weekly and gameday social media graphics as well as managing social media accounts.