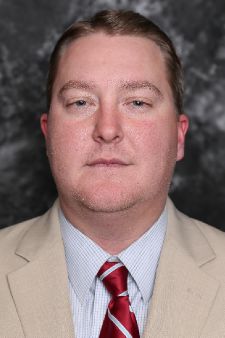 Former Cumberland All-American Robert Clayton begins his fifth season in his third stint on the Phoenix coaching staff after spending three years as the pitching coach at Embry-Riddle in Daytona, Florida. Clayton serves as the Pheonix pitching coach and recruiting coordinator.

Cumberland won their third national title in 2014, posting a 49-20 mark, including registering the program's sixth Mid-South Conference Tournament championship and winning the NAIA Championship Opening Round in Kingsport, Tenn. He served as an assistant coach with the Leesburg Lightning in the Florida Collegiate Summer League in 2014 as well, handling pitching coach duties for the club that finished 19-19 overall.

Before returning to his alma mater Clayton worked as an assistant coach at UT-Pan American in Edinburg, Texas, serving as the pitching coach and recruiting coordinator for the Broncs. UTPA posted a 79-84 mark during his three-year tenure while playing in the Great West Athletic Conference. The Broncs team ERA dropped from 5.75 in 2011 to 4.82 the following season to 4.25 in Clayton’s final campaign on the staff.

Clayton has previously served as a student assistant at Cumberland for the 2010 season as well as the head coach for the Wilson County Sliders 14U in 2009 and Florida Bombers 16U in Miami, Fla., in 2007, helping the Bombers to a fourth-place finish in the Mickey Mantle World Series. He was also an assistant coach and the head junior varsity coach at Friendship Christian School in Lebanon in 2009.

The Miami, Fla., native earned Honorable Mention All-America and All-TranSouth Conference honors in 2007 at Cumberland, posting a 12-3 mark with a 2.93 ERA in 104.1 innings of work, striking out 60 with just 16 walks in 18 appearances with eight complete games. The Bulldogs advanced to the NAIA World Series that season, with Clayton taking the loss against Bellevue University in Lewiston, Idaho.

He was a Preseason All-America selection before the 2008 season and registered a 7-4 record with a 4.63 ERA in 79.2 innings that year with 72 strikeouts and only 14 walks in 14 appearances with four complete games.

Clayton transferred to Cumberland from Broward College in Davie, Fla. He garnered All-State accolades as a sophomore at Broward and helped the Seahawks reached the NJCAA World Series in 2006. He also played one season at Miami Dade College after graduating from Miami Killian High School in 2002.

He received his bachelor’s in Fitness and Wellness from Cumberland in 2010. Clayton is married to the former Hilary Bauer from Belvidere, Tenn. She played basketball at Cumberland from 2005-08 and was a member of three teams that reached the NAIA National Tournament, including the national runner-up squad in 2007.