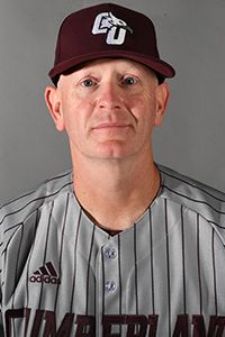 Ryan Hunt begins his second season as the head baseball coach at Cumberland and 15th overall in 2022-23.

Hunt compiling a 110-100 record spending six seasons at his first head coaching job at Volunteer State Community College. Prior to Vol State, Hunt was a longtime assistant coach under Woody Hunt from 2002-2015.

He is married to the former Melissa Lauper of Gallatin, Tenn., and the couple has two daughters - Rylee and Lyla Noelle.