The six inductees make up the 24th class in the Cumberland Sports Hall of Fame. The induction dinner will take place October 1 at 6 p.m. in Baird Chapel and the group will also be honored the following day before the Homecoming football game against Lindsey Wilson College. 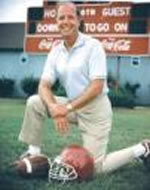 Nick Coutras
Coutras served as head coach for the Cumberland football program when it was revived in 1990 after a more than 40-year absence. His tenure lasted just three seasons, but he helped set the groundwork for years of success within the program under one of his assistant coaches, Herschel Moore. Coutras’ original signing class was the first to reach the postseason, posting a 9-2 mark in 1993 and making the NAIA playoffs.

He spent 30-plus years as a high school coach in Nashville, starting at Hillsboro High School before moving to John Overton and leading the Bobcats to a state championship in 1981. He compiled a 145-36 record in 16 seasons at OHS, including a 40-0 regular season record during one four-year stretch, winning seven bowl games and six regional titles. The stadium at Overton bears his name.

He received the Roy Kramer Contribution to Football Award from the Middle Tennessee Chapter of the National Football Foundation (http://www.nffnashville.com/) in 1984 and was elected to the Tennessee Secondary Schools Athletic Association Hall of Fame in 2002.

After his passing in 2003, the Nick Coutras Award (www.nickcoutrasaward.org) was established by his former players at Overton High School, given annually to a senior class high school football player who best exemplifies the qualities of exceptional individual effort, superior attitude, dedication to team, academic and athletic excellence, and commitment to community service. The non-profit has provided over $100,000 for scholarships to high school athletic programs in middle Tennessee. 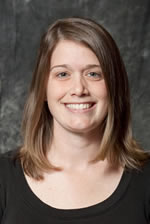 Rita McCarthy
McCarthy played volleyball and tennis at Cumberland from 1996-00, earning All-Mid-South Conference honors in tennis in 1999. The Bulldog tennis team won the Mid-South Conference Championship that season and advanced to the NAIA National Tournament. She also garnered All-MSC honors in 2000 as well.

The Sparta, Tenn., native was also a member of the 1997 MSC Conference Champion volleyball squad and was named a Mid-South Conference Scholar-Athlete in both sports for three straight years. She also earned NAIA National Scholar-Athlete accolades in both sports her final two seasons at Cumberland and received the Lindsey Donnell Award as a senior, recognizing the athletic department’s highest achieving student-athlete both in the classroom and on the playing field each year.

Randy Stegall
Stegall played just one season at Cumberland, but the Orlando, Fla., native left his mark on the storied program with records that still stand today. 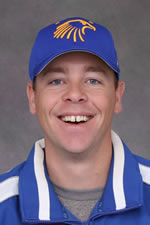 He was voted the Mid-South Conference and Region XI Players of the Year, as the Bulldogs won the regular season and conference tournament titles as well as the Region XI Tournament and finished fifth in the NAIA World Series. Stegall was selected in the 25th round that year by the Cincinnati Reds.

He still ranks in the Top 10 in five single-season categories and is just one of seven players to ever record 20 doubles and 20 homers in the same season (Steve Green, Joe Modica, Eric Mull, Chuck MacFarlane, Matt Greener, Kris Miller).

Stegall was also a member of the Bulldog coaching staff on the 2004 national championship team before becoming a head coach at Indiana Tech in 2006. He is now the head coach at Embry-Riddle, leading the Eagles to the NAIA World Series in each of the last three seasons.

Roger Cox
Cox played at Cumberland College for the 1971-72 seasons for coach Tom Kirby, batting .404 with 36 runs scored in 32 games as a sophomore. He was a unanimous All-Conference choice by the Tennessee Junior College Athletic Association. He ranked second nationally in batting average and triples (4) while collecting 47 hits with 33 runs scored and 22 stolen bases and garnering All-America accolades.

He then embarked on a long coaching career at Valley View High School in Germantown, Ohio, earning 331 varsity wins in 21 seasons. He garnered four Southwestern Buckeye League Coach of the Year accolades and three Miami Valley Area Coach of the Year honors at VVHS. He also coached basketball for 18 years and golf for 10 seasons as well while serving as an English and Language Arts teacher for 35 years at VVHS. 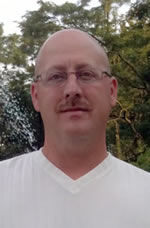 The Taylorsville, Ky., native was a member of the program’s first NAIA World Series team in 1988 and is one of only 25 former players to bat .400 in a season, posting a .404 average in 1990. He added 69 hits and 14 home runs during his final season and earned All-District honors as a junior and All-TCAC accolades as a senior. Smith was drafted in the 42nd round by the New York Yankees at the conclusion of his career.

The North Judson, Ind., native has compiled a 454-316 record in 26 seasons as a head coach at six different schools, earning a reputation as a program builder, taking all six programs to the postseason, including four at the Division I level. 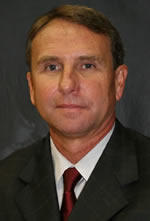 His first head coaching job was at Cumberland as the women’s basketball coach for two seasons, leading the Bulldogs to the National Junior College Athletic Association national championship game in 1983 with 13 freshmen and one sophomore and compiling a 49-10 record in his two years.

He then took over at Montevallo University for one season, helping the Falcons to the NAIA National Tournament, before taking the head coaching position at Murray State and leading the Racers to an 82-63 record in five seasons with consecutive 20-win campaigns.

Childers moved to the University of Louisville for eight years, posting a 152-88 mark and leading the Cardinals to a pair of regular season conference championships and three NCAA Tournament appearances. He then became head coach at James Madison for five years, compiling an 87-65 record that included Coach of the Year honors in 2000. The Dukes also ended Old Dominion’s 113-game conference winning streak in 2001.

He has spent the last five seasons at Winthrop University, posting a 69-77 mark in five seasons, including a 20-12 mark in 2007-08, the best mark in the program’s Division I history. The Eagles ended a 25-game and 11-year drought against perennial power Liberty University in 2008 as well, reaching the WNIT along the way.