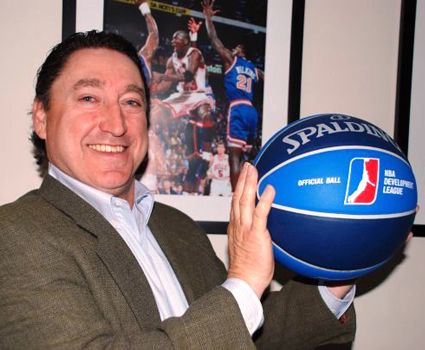 Former CU basketball player and coach Tommy Smith (above) along with Becky King Weber and the 1988 baseball team are part of the 2013 class of inductees for the Cumberland Sports Hall of Fame.

The two individuals and team will be honored at the annual Hall of Fame dinner on Friday, October 11 at 6 p.m. in Baird Chapel and again the next day during the football game against Union College.

King finished her Cumberland career as the program’s all-time leader in assists and games played, seeing action in 117 contests. She led the NAIA in assists with 10.3 per game as a senior while starting all four years at point guard for CU.

The Metropolis, Ill., native earned Tennessee Collegiate Athletic Conference and NAIA National Scholar-Athlete honors during her career while leading the TCAC and District XXIV in assists her junior and senior seasons. The Bulldogs posted a 74-43 record during her four seasons, the first of which was played under Rick Reeves and the final three for Mitch Walters.

Smith graduated from Castle Heights Military Academy and played basketball for CU Hall of Fame Mickey Englett at then Cumberland Junior College in 1977 and 1978 before attending Middle Tennessee and earning his bachelor’s in 1980. He started his coaching career under Englett while completing his degree and received a master’s from Austin Peay in 1982. Smith then became the head coach at CU, leading the program through its transition from two-year to a four-year program.

He spent seven years as an assistant at Middle Tennessee under long-time head coach Bruce Stewart. The Blue Raiders won three conference championships and participated in a pair of NCAA Tournaments during his tenure, including an upset of Florida State in 1989.

The Donelson, Tenn., native moved on to become a successful executive with three professional basketball organizations. He guided the Music City Jammers to the first-ever Global Basketball Association championship in 1992 and served as general manager and head coach when the team became the Jackson [TN] Jammers, improving attendance by 1,200 per game. The Jammers were recognized by the league as a model franchise by the GBA.

Smith moved from there to the Sioux Falls Skyforce in the Continental Basketball Association, where he was named Executive of the Year three times during seven seasons. His team set records in season ticket sales, sponsorship sales and league attendance records. He was promoted to run five franchises in the league under then CBA Owner Isiah Thomas because of his success with the Skyforce.

In 2007 he began working for the NBA, serving as a management/marketing consultant to seven of the 16 NBA D-League Teams, including responsibility for opening a new franchise. He travels extensively in his position, working directly with team owners and marketing staffs for each franchise to develop strategies, processes and methods for selling tickets, sponsorships and advertising. He has recently been promoted to Senior Director of League Operations, expanding his duties to include all league policies and owner-related issues.

In a first-ever move for the CU Sports Hall of Fame, the 1988 baseball team will be inducted this year, the first NAIA World Series participant in just the fifth season after the University moved to four-year status. The club finished 48-21, including 23-8 in the TCAC, before sweeping through four games at the District XXIV Tournament in Jefferson City, Tenn., and three contests at home in the Area V Tournament on their way to Lewiston, Idaho.

Members of the baseball team will receive one free ticket to the Hall of Fame dinner and must purchase an additional ticket for $25. Further tickets needed by baseball team members may be purchased on a buy-one-get-one-free offer from the athletic department.

Tickets for individuals for the Hall of Fame dinner may be purchased for $25. Please call Jo Jo Freeman at 615-547-1350 for more information or to make reservations for the event. Reservations must be made by Friday, October 4 for the event.