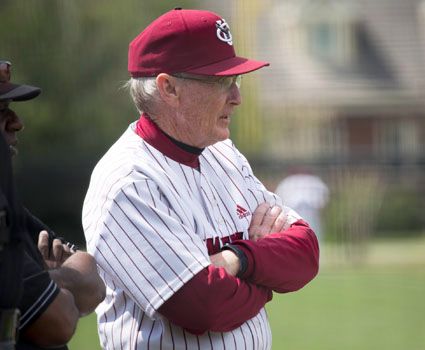 The Bulldogs open the 2014 campaign with four games in Montgomery, Ala., facing Auburn Montgomery in a doubleheader on February 7 and single games against Missouri Baptist and defending national champion Faulkner University on Feb. 8. CU begins the home schedule on Feb. 11 against long-time opponent Union University at Ernest L. Stockton Field-Woody Hunt Stadium.

The squad plays nine of the next 11 outings at home, with three contests each against Taylor University and West Virginia Tech and a doubleheader versus Freed-Hardeman, before beginning Mid-South Conference action at Georgetown College on Feb. 28 and March 1.

As usual, March is chalk full of contests for the club, with Cumberland playing 26 games in 31 days, including 15 away from home. The Bulldogs play three-game home conference series versus Shawnee State and Campbellsville University and travel to Lindsey Wilson and St. Catharine College for league series on the road.

CU will take on Ave Maria University, Embry-Riddle and Clarke College on a Spring Break trip to Daytona Beach and Embry-Riddle and Oklahoma Wesleyan come to Lebanon the next week for contests. The club also plays Tennessee Wesleyan, the 2012 NAIA champion, in the first of a home-and-home series during the month.

The Mid-South Conference Championships take place May 4-8 and will be split between Lindsey Wilson and Campbellsville University in Kentucky, campuses that sit just 20 miles apart. The NAIA Championship Opening Round takes place May 12-15 and the 58th Annual Avista NAIA World Series is May 23-30 in Lewiston, Idaho.