Hall of Fame class of 2013 inducted 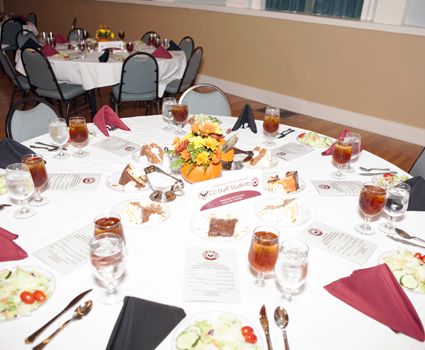 The newest members were honored and inducted in Baird Chapel and again during Cumberland’s football game against Union College the following day.

King finished her Cumberland career as the program’s all-time leader in assists and games played, seeing action in 117 contests. She led the NAIA in assists with 10.3 per game as a senior while starting all four years at point guard for CU.

Smith graduated from Castle Heights Military Academy and played basketball for CU Hall of Fame Mickey Englett at then Cumberland Junior College in 1977 and 1978 before attending Middle Tennessee and earning his bachelor’s in 1980. He started his coaching career under Englett while completing his degree and received a master’s from Austin Peay in 1982. Smith then became the head coach at CU, leading the program through its transition from two-year to a four-year program.

The 1998 baseball team, coached by legendary coach Woody Hunt, was the first Cumberland club to participate in the NAIA World Series. They are the first team to be inducted into Cumberland’s Athletic Hall of fame.