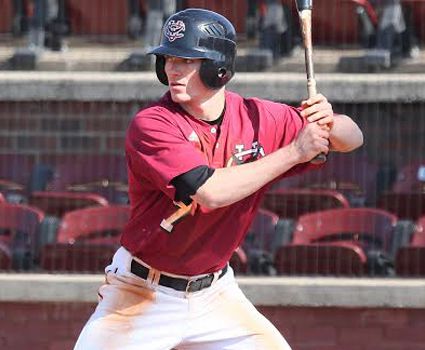 The Bulldogs (5-2) used two big innings, one in each contest, to take control. Cumberland scored five runs on four hits in the third inning in the opener, including a two-run double from Tyler Anderson, and Gomez allowed just five baserunners through six innings before running into trouble in the final inning.

CU plated six runs on five hits in the second inning of the second game, with RBI singles from Anderson and Hall and a sacrifice fly by Bryan Haney. Ricky Coleman’s two-run single in the fourth inning extended the lead to 8-2 and Clint Meadows worked five innings for the win.

Anderson posted three hits and three RBIs in the two outings and Sam Lind drove in a run in each contest for the Bulldogs.

Pinch-hitter Tyler Namoff drove in the Trojans (2-3) only run in the first game with a single in the seventh inning and Austin York’s two-out, two-run single in the third inning plated Taylor’s only runs in the second contest.

The Bulldogs plated five runs on four hits to take the lead in the opener, starting with a one-out double down the leftfield line from Hall. Justin Byrd walked and Lind’s double just inside the first base bag scored a run. Brady North walked with two outs, loading the bases, and Richie Seaton’s infield single pushed across another run.

The throw from shortstop York was low and got away from the first baseman, allowing Lind to score, and Anderson followed with a two-run double down the leftfield line for a 5-0 advantage.

CU took advantage of a pair of errors in the sixth to add another run, as Seaton reached on a throwing error by second baseman Brandon Moore and Anderson also got on base when his line drive hit off the end of rightfielder Alex Senyshyn’s glove, putting runners on the corners. Josciel Veras’ sacrifice fly to right made it 6-0 Bulldogs.

That was more than enough for Gomez (1-1), who allowed just five baserunners in the first six innings. The lefthander gave up one run on six hits, walked one, hit a batter and struck out six for his first victory of the season.

The Trojans put together three straight hits against Gomez in the seventh – consecutive singles from Kevin Garrity, Levi Baumer and Namoff, the final one to leftfield that plated the club’s only run of the contest.

The second game started in similar fashion for Cumberland, with Coleman singling to left to begin the second inning. North was hit and Anderson’s single to center pushed across Coleman. Veras then singled on the left side, loading the bases, before a sac fly to right from Haney.

Anderson scored on a wild pitch and Hall’s single to center plated Veras for a 4-0 advantage. Byrd was also hit later in the inning and Lind followed with an RBI single to left. Byrd later scored on a double steal, putting the Bulldogs ahead, 6-0.

Taylor answered with two runs in the bottom of the inning, starting with a single to left by Minta. Moore followed with a single to center and with two outs, Jordan Coffey was hit, loading the bases. York then singled just past a diving North into rightfield, cutting the CU lead to 6-2.

Cumberland added two more runs in the fourth when Hall led off with a double to rightcenter and Byrd was hit for the second time in the game. Both runners moved up on a deep fly ball to center by Lind and scored on Coleman’s single to rightcenter for an 8-2 advantage.

Meadows (1-0) allowed two runs on four hits in five innings, walking one and striking out one. He retired 12 of the 14 batters he faced in the first, second, fourth and fifth innings, running into trouble only in the third.

Cumberland plays at Georgia Gwinnett College on Tuesday at 3 p.m. Central Time and returns home next weekend, taking on West Virginia Tech in a three-game series.