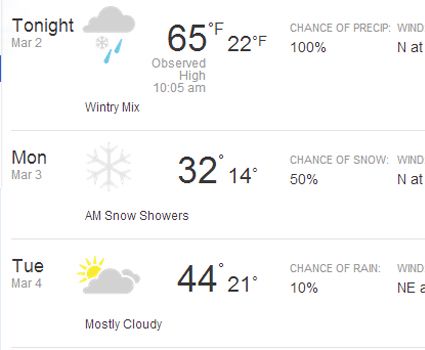 LEBANON, Tenn. – Cumberland University’s baseball doubleheader scheduled for Monday against Mid-Continent University has been canceled and will be made-up later in the season.

The Bulldogs and Cougars were scheduled for a 1 p.m. doubleheader at Ernest L. Stockton Field-Woody Hunt Stadium, but with forecasts calling for sleet and ice and possibly snow and daytime temperatures forecasted for at or below the freezing mark, the games were postponed until later in the season.

Cumberland, ranked 10th nationally, won 2-of-3 games at 23rd-ranked Georgetown College over the weekend to begin Mid-South Conference play. The Bulldogs, 11-5 overall, have won nine of their last 12 games overall. CU hosts Bryan College on Tuesday at 2 p.m. and takes on Shawnee State in a weekend series on Friday and Saturday at home as well.