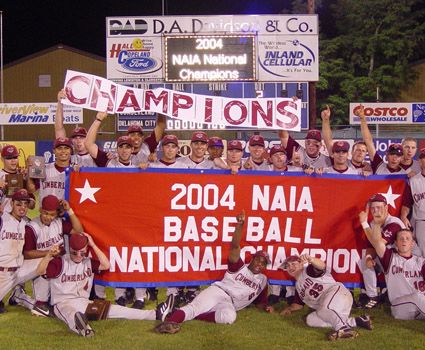 A 10th anniversary celebration for the 2004 national championship team will be held the weekend of April 11-12.
Bethel Univ. at Cumberland Univ. | April 01, 2014

LEBANON, Tenn. - Cumberland baseball will hold a 10th anniversary celebration for the 2004 national championship team the weekend of April 11-12, with as many as 20 members of the title squad expected back for the activities.

A private dinner will be held Friday night, April 11, in the Benton Jennings Indoor Facility for members of the club and their families along with former University administration. Members of the squad will share stories from that season with the audience as well as comments from head coach Woody Hunt.