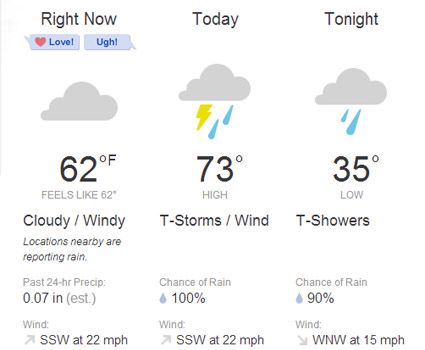 LEBANON, Tenn. – Cumberland’s baseball and softball games scheduled for Tuesday have both been moved to Wednesday due to torrential downpours and impending cold temperatures over the next two days in middle Tennessee and central Kentucky.

Cumberland’s baseball game against Tennessee Wesleyan will take place Wednesday at 3 p.m. at Ernest L. Stockton Field-Woody Hunt Stadium. The Bulldogs defeated TWC, 14-8, in 14 innings in Athens, Tenn., on March 25, with CU scoring a run in the eighth and ninth to force extra innings before plating sixth in the 14th.

Cumberland swept a weekend series against the University of Pikeville and has won six of its last eight games overall. The Bulldogs travel to Bluefield College for a three-game series this weekend and end the regular season with three games against the University of Rio Grande (April 25-26) and a single game versus Bryan College (April 30), all at home. The Mid-South Conference Championships takes place May 4-8 in Columbia, Ky.

Softball’s doubleheader at Campbellsville University, a makeup from bad weather on March 29, was also moved to Wednesday at 1 p.m. Central Time. The Bulldogs swept the Tigers in a doubleheader in Lebanon on a cold and brutally windy day in early March.

Cumberland won six straight games before dropping a doubleheader at No. 8 Lindsey Wilson last Thursday. CU heads to the University of the Cumberlands and Georgetown College for doubleheaders on Friday and Saturday, respectively, before ending the regular season with three straight home twinbills next week against St. Catharine College (April 22), Shawnee State (April 25) and the University of Rio Grande (April 26). The Mid-South Conference Championships take place April 30-May 2 in Danville, Ky.