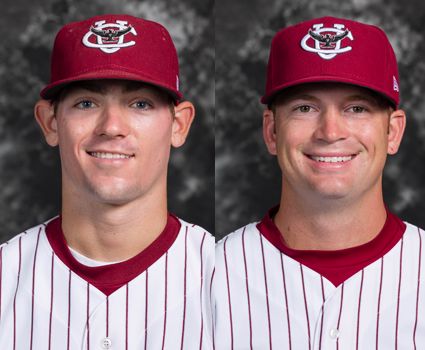 Hall and Lind will enter the pool of candidates for Capital One Academic All-America, which will be announced at the end of the month. To be eligible for the Capital One Academic All-America program, student-athletes must be a starter or important reserve with at least a 3.30 grade-point-average on a 4.0 scale. CoSIDA members may nominate student-athletes from their own institution and only current dues-paying members of the organization may nominate.

Nominated athletes must have participated in at least 50 percent of the team’s games at the position listed on the nomination. No student-athlete is eligible until he/she has complete one full calendar year at his/her current institution and has reached sophomore eligibility.

Hall leads the Bulldogs with a .428 batting average, collecting 77 hits, and is tied for second on the team lead with 54 runs scored in 52 games this season. The Lebanon, Tenn., native also has 10 doubles, two triples, one home run and 29 RBIs while batting leadoff in all but one contest. The redshirt sophomore also has 35 walks and has been hit 11 times for an on-base percentage of .535 and ranks second on the club with 11 stolen bases. Hall carries a 3.99 GPA in Accounting.

Lind ranks second nationally in hits (82), fourth in RBIs (63) and sixth in total bases (129) while batting .406 in 53 outings. The Hartford, S.D., native leads the club with 10 home runs and ranks second with 13 doubles and two triples while scoring 51 runs. The fifth-year senior batted .571 (44-for-77) with seven doubles, five homers, 34 RBIs and 25 runs scored as well as 10 walks and just six strikeouts over a 19-game stretch from March 8-April 4. He posted 15 multi-hit outings and hit safely in 17 of the 19 contests. Lind has a 4.0 GPA while working towards is master’s in Business Administration.