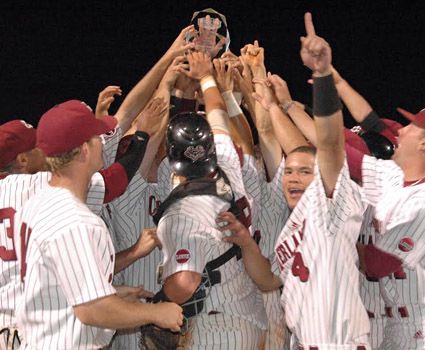 LEBANON, Tenn. – Cumberland is ranked 23rd in the final regular season NAIA Baseball Coaches’ Top 25 Poll, the national office announced Friday. The Bulldogs were No. 10 in the Preseason Coaches’ Poll but had not appeared in any of the eight previous regular season rankings.

Cumberland has won 17 of its last 21 games overall since the beginning of April and did not lose a conference series over the final six weeks of the season.

The Bulldogs are 7-8 against teams currently ranked in the Top 25, including one victory each against No. 3 Oklahoma Wesleyan, No. 7 Missouri Baptist and No. 15 Embry-Riddle and four wins versus fifth-ranked Georgetown College. CU also lost both games to sixth-ranked Georgia Gwinnett (8-5, 5-3), the only meeting with No. 4 Faulkner University and 3-of-4 contests against Embry-Riddle, blowing late-inning leads of two of the three losses.

Pairings for the Opening Round will be announced Friday at 7 p.m. Central Time on the NAIA website with play beginning Monday, May 12 at nine sites around the nation, including: Montgomery, Ala.; Jackson, Miss.; Lawrenceville, Ga.; Kingsport, Tenn.; Marion, Ind.; Daytona Beach, Fla.; Shawnee, Okla.; Hutchinson, Kan.; and Santa Clarita, Calif. The nine Opening Round winners advance to the 58th Annual Avista-NAIA World Series in Lewiston, Idaho.