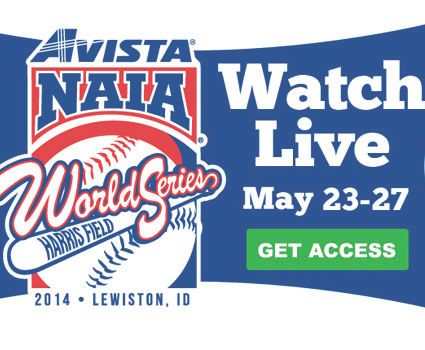 LEWISTON, Idaho – Fans may purchase access to live video streaming for all games during the first five days of the 58th Annual Avista-NAIA World Series that begins Friday here at Harris Field on the Lewis-Clark State College campus.

Cumberland University opens the 10-team event on Friday at 9 p.m. Central Time against eighth-ranked San Diego Christian. CU came through the loser’s bracket to win the NAIA Championship Opening Round in Kingsport, Tenn., defeating seventh-ranked Missouri Baptist twice after losing to the Spartans earlier in the tournament.

The Bulldogs will play in their 12th Avista-NAIA World Series and first since claiming the program’s second national title in 2010. CU also won a national title in 2004 and finished as the runner-up in 1995 and 2006. Besides the host school, Lewis-Clark State (32 appearances, 23 times as host school), Cumberland owns more World Series appearances than the other eight schools in the field combined.

Tickets for the event may be purchased at the Ticket Office on the second floor of the Lewis-Clark State College Activity Center anytime 9 AM-4 PM, Monday through Friday, or by calling 208-792-2471.

The main ticket booth is open one hour before the first game each day and through the sixth inning of the final scheduled game of that day. The left field general admission ticket booth will open at the following times during the tournament:
Friday-Tuesday: 3 PM
Wednesday: 4 PM
Thursday-Friday: 5 PM

One-day ticket prices range from $10-$20 based on general admission, reserved or grand stand tickets. Tournament passes may also be purchased ranging in price from $56.25 to $146.78. All of the ticket prices for the tournament may be found here.