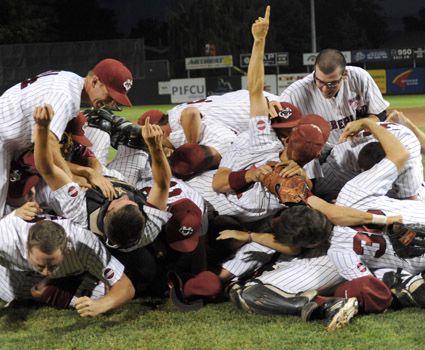 LEBANON, Tenn. – After winning its third national championship in 10 years, Cumberland ended the season ranked No. 1 in the 2014 NAIA Baseball Coaches’ Postseason Top 25 Poll, the national office announced Wednesday. The Bulldogs were the unanimous selection, collecting all 20 first-place votes and 560 total points.

Cumberland posted a 26-6 mark after April 1 to end the season, suffering losses in the Mid-South Conference Championships, the NAIA Championship Opening Round and the Avista-NAIA World Series but rebounding to win each tournament. CU was 13-3 in the postseason, registering a 2.36 earned-run-average and a .237 opponent batting average over 145.0 innings of work.

Cumberland won its third title with a 3-0 win against Lewis-Clark State in the finale of the 2014 Avista-NAIA Baseball World Series in Lewiston, Idaho. The Bulldogs (49-20) are the only No. 10 seed to ever win the championship since the current seeding format was established in 2003. It is the first No. 1 ranking for the program since the 2011 Preseason Poll (Nov. 16, 2010) and the fifth all-time.