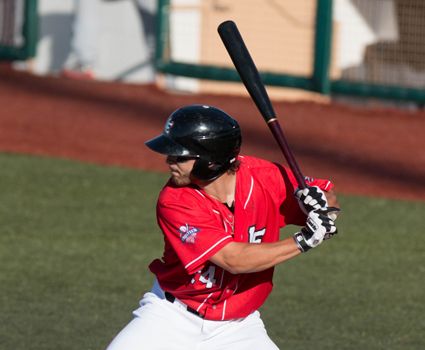 Wilkerson was enjoying a tremendous season in the Boston Red Sox organization before being traded two weeks ago to the Milwaukee Brewers. He is currently in Triple-A with the Colorado Springs Sky Sox and is 6-4 with a 2.53 ERA in 19 contests over 99.2 innings, allowing 80 hits with 110 strikeouts. Opponents are batting only .213 against the righthander this season.

Locante has played in both Double-A Mobile [AL] and High Single-A Visalia [CA], compiling an 0-1 mark with a 5.11 ERA in 12 appearances covering 12.1 innings. The lefthander has walked 14 and struck out 14 in the Arizona Diamondbacks organization.

Veras has played at three different levels in the Cincinnati Reds organization this season, batting .267 with one double, one home run and one RBI along with three runs scored in just seven games. He was placed on the disabled list earlier this month while in Single-A with the Dayton [OH] Dragons.

Gomez has appeared in 17 games this season for Vaqueros de la Laguna in the Mexican League, allowing just five hits with five walks and nine strikeouts. The lefthander spent six weeks on the disabled list and was activated last week by the club, pitching last night in his first game since May 26.

Byrd spent the first part of the 2016 season with the Schaumburg Boomers and is currently playing with the Lake Erie Crushers, both in the independent Frontier League. He is batting .180 with two doubles, three RBIs and seven stolen bases in 14 games with Lake Erie after posting a .237 average with three doubles, seven RBIs, seven stolen bases and 11 runs scored in 28 outings.