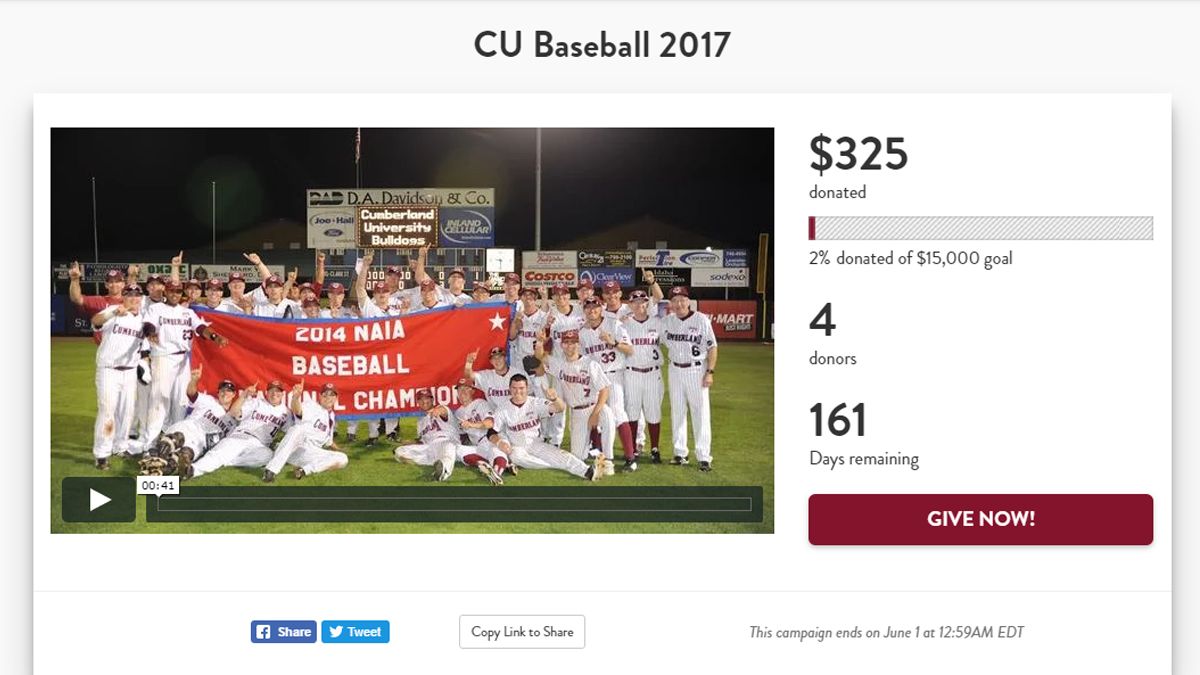 LEBANON, Tenn. – Cumberland University baseball has begun a campaign to raise $15,000 for stadium and facility upgrades as well as other projects for players and alumni over the next six months, as announced this week by the Cumberland Office of Advancement.

Interested individuals may give directly to the baseball program at the link below and can check back to see the progress of the campaign, which ends June 1, 2017. Head coach Woody Hunt begins his 36th season at the helm of the program with a career record of 1,503-396-5.