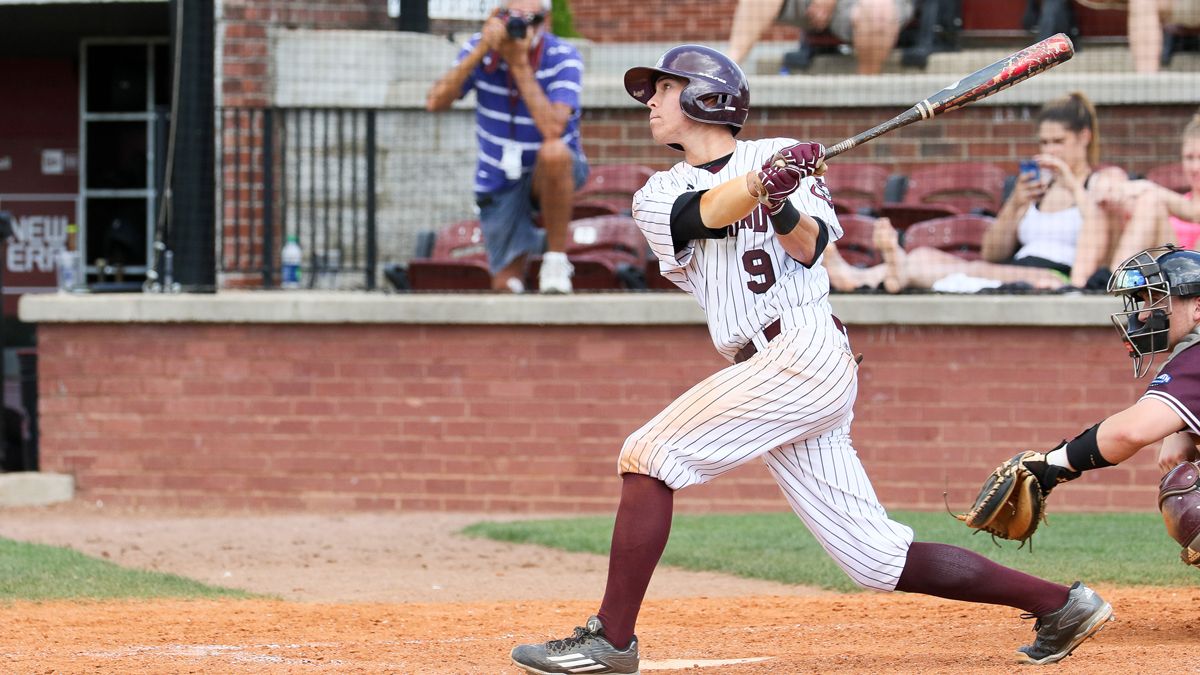 LEBANON, Tenn. – Nick McGrew went 2-for-4 with a double and two runs scored, but 23rd-rarnked William Carey scored four runs in the first and took advantage of 13 combined walks and hit batters by Cumberland pitching in a 16-6 victory over the Phoenix on Thursday night at Pete Taylor Park in Hattiesburg, Miss.

Cumberland (0-1) fell behind 5-0 and 7-2 after three innings but had chances to get back into the contest in the early frames, stranding the bases loaded in the second and two more runners in the third. The Crusaders (1-0) broke the game open with three runs apiece in the fourth, fifth and sixth innings.

Kevin Connolly walked and scored twice for the Phoenix and Austin Voeller added a double for CU.

William Carey starter Christian Smith (1-0) picked up the victory on the mound, allowing four runs on four hits in four innings with four walks and four strikeouts. CU starter Curtis Hoppe (0-1) suffered the loss, getting the first out of the game and not another, walking two and hitting two batters in one-third of the inning. The righthander gave up four runs on two hits in all.

The Crusaders scored four times in the first inning with just two hits, starting with a one-out single by Tyler James, who stole second and went to third on a throwing error. Odom was hit and James Land walked, loading the bases, before a free pass to Brown forced in a run.

Tyler Graves was hit, pushing across another run, and Barkurn’s two-run single up the middle made it 4-0 WCU and ended the day for Hoppe.

Cody Christian reached on an error to start the second inning for WCU and James reached on a bunt single before Odom walked, loading the bases. Adrian Brown’s one-out sacrifice fly to right made it 4-0 for the home team.

The Phoenix got two runs back in the top of the third when Nick Mira was hit to start the frame and McGrew followed with a double to rightcenter. Connolly’s sac fly to center plated a run and Voeller then drilled an RBI double to rightcenter, cutting the deficit to 4-2.

In the bottom of the inning Graves was hit to leadoff and with one out, Garrett Shano reached on an error, the third of the game in three innings for Cumberland. Wes Brown’s sac fly plated a run and Christian doubled home another run to extend the lead to 6-2 for WCU.

Land homered to start the fourth inning for the Crusaders and Barkurn’s two-run single on the right side later in the frame increased the advantage to 9-2.

Cumberland scored three times in the top of the fifth to get back in the game again, with McGrew leading off with a bunt single. Connolly and Mitch Langer were both hit and McGrew and Connolly both came across on a wild pitch. Rayden Sierra’s groundout plated another run, cutting the deficit to 9-6.

But William Carey answered with three more runs in the bottom of the frame, including RBI doubles from Odom and Graves and another run scored on a balk.

Odom plated two more runs in the sixth with another two-bagger and Barkurn’s fielder’s choice scored the final run for WCU.

Connolly walked and went to second on a groundout in the seventh for CU. He came across on Caleb Kellogg’s single to center, but that would be all for the Phoenix.