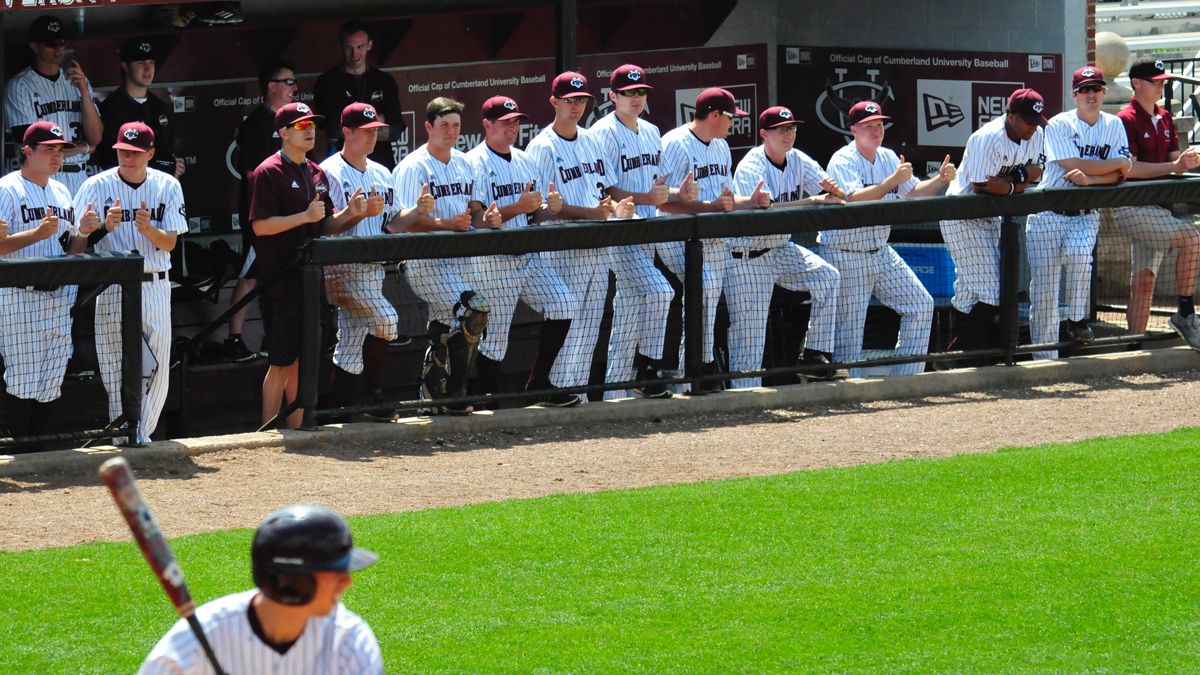 LEBANON, Tenn. – Austin Krajnak collected two hits and Rayden Sierra drove in a run, but Cumberland stranded 10 baserunners and 17th-ranked Middle Georgia State scored six runs in the first two innings and never looked back in a 13-2 victory Friday over the Phoenix in Cochran, Ga.

The Knights (6-2) plated four runs in the first and two more in the second before adding another run in the third for a 7-0 advantage. The Phoenix (1-4) plated both of its runs in the fourth inning, one on a wild pitch and the other on a single by Sierra that scored Krajnak.

The Knights struck quickly in the first, with Logan Smith drilling a full-count pitch over the wall in rightfield for a solo homer. Andy Mocahbee followed with a double before another two-bagger by Alan Mocahbee.

Will Golden was hit, loading the bases, and a shallow double down the rightfield line by Flores plated two runs. Wullenwaber’s wild pitch scored the final run of the frame.

Flores singled to start the third inning for Middle Georgia and stole second. He went to third on a ground and came across on a single by Brannon Green for a 7-0 advantage.

In the fourth Kevin Connolly led off with a single and two batters later, Krajnak singled up the middle and took second on the throw to third. Klotz’s wild pitch allowed Connolly to score and Sierra then singled to leftcenter with two outs, cutting the deficit to 7-2.

Zach Cornell homered with one out in the fifth to push the Knights lead to 8-2.

In the sixth Andy Mocahbee walked and Alan Mocahbee was hit before a Luke Parks single loaded the bases. Flores blooped another single to right, scoring two more runs for MGA.

Middle Georgia ended the game early with three more runs in the eighth, starting with a walk to Alan Mocahbee and a single to left by Golden. A groundout pushed the runners to second and third before Cornell was hit, loading the bases.

Bryce Todd’s groundout scored one run and a throwing error by Hector Morales allowed the final two runs to come across.

Cumberland and Middle Georgia play a doubleheader on Saturday beginning at Noon Central Time before the Phoenix opens the home schedule on Tuesday at 2 p.m. against Freed-Hardeman at Ernest L. Stockton Field-Woody Hunt Stadium.