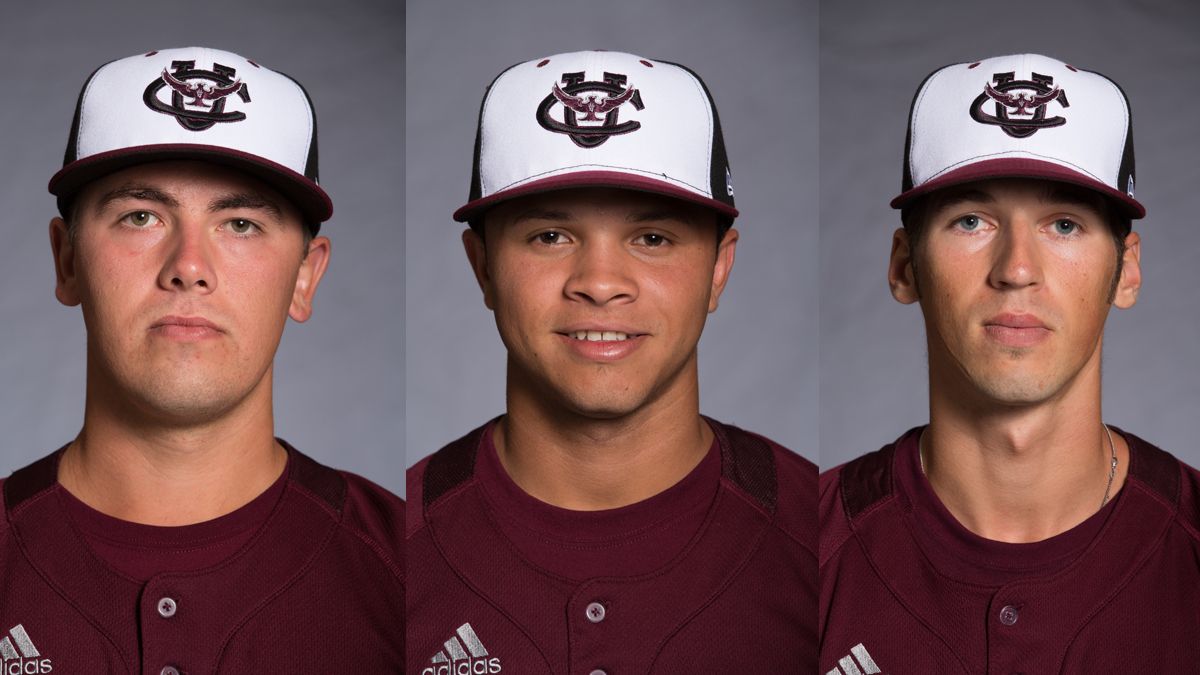 LEBANON, Tenn. – Travis Dohr tossed eight shutout innings and Hector Morales drove in three runs in a 10-0 victory in the opener but 17th-ranked Middle Georgia State used a big inning to take control of the second contest in a 15-6 win and split a doubleheader against Cumberland in baseball action Saturday in Cochran, Ga.

Dohr (1-0) was dominant in the opener, allowing just five hits and a hit batter in eight innings. Five of the six baserunners for the Knights reached second base but none of those got to third against the righthander. He struck out four in his first start of the season, retiring 18-of-21 batters after a leadoff single to start the contest.

Morales went 2-for-4 with three RBIs and two runs scored, including a two-run homer, and Janson Neff added a home run among his two hits. Kevin Connolly collected two hits and scored twice from the leadoff spot for CU (2-5) as well.

Cumberland led 6-2 heading to the bottom of the third in the second contest, but the Knights plated six runs on just two hits thanks to four walks and three hit batters. Middle Georgia (7-3) plated three runs in the fourth and two more in the fifth and sixth innings to pull away and take the rubber game of the series.

Austin Krajnak hit a three-run homer in the first inning and Neff posted two more hits for CU, but the Phoenix also committed six errors in the loss.

In the opener Cumberland got a run in the second inning to take an early lead, starting with a two-out walk to Kyle Allen. Neff then singled to right, putting runners on the corners, and Corbin Meikle followed with an RBI single to center.

The Phoenix added a run in the fourth when Morales singled to left with one out and Rayden Sierra followed with a single. Allen walked again, loading the bases, and Neff’s sacrifice fly gave CU a 2-0 edge.

Jordan Hunt started the Cumberland fifth with a walk and Connolly singled. Nick Mira’s groundout pushed the runners to second and third before a walk to Krajnak loaded the bases. Morales’ sac fly plated Hunt and the throw from MGA’s Logan Smith got away, allowing Connelly to score on the play for a 4-0 advantage.

Cumberland broke the game open with five runs in the sixth inning, beginning with a one-out single from Meikle, though he was forced out on Hunt’s fielder’s choice. The next five batters reached for CU, starting with an RBI single by Connolly after Hunt stole second base.

Connolly took second on the throw to the plate and came across on Mira’s single to right. Pinch-runner Taylor Dorsey went to second on a wild pitch and scored on Krajnak’s single down the leftfield line. Morales then drilled a two-run homer, increasing the lead to 9-0.

Neff’s solo shot with two outs in the ninth provided the final run for the Phoenix.

Cumberland started quickly in the second contest, taking advantage of a pair of errors that allowed Connolly and Steven Hollis to reach to open the game. Krajnak followed with a three-run homer to field, but CU wasn’t done in the inning.

Morales homered again, a solo shot, to centerfield for a 4-0 lead after a half inning.

The Knights got two runs back in the bottom of the first on a solo homer from Andy Mocahbee and a two-out RBI single by Will Golden.

The Phoenix added two more runs in the second, with Hollis reaching on a walk with one out. Morales walked with two outs and a wild pitch moved the runners to second and third. Sierra’s single on the left side of the infield plated both runners for a 6-2 CU advantage.

Cumberland starter Mitch Langer ran into trouble in the third, walking the first three batters before hitting Alan Mocahbee, forcing in a run. That also ended the day for the righthander, who gave up six runs on two hits in two-plus innings.

Golden was also hit, pushing across another run, and a single to left by Mikal Flores scored one run. A fielder’s choice by Jared Crews tied the game at six before a walk to Zach Cornell loaded the bases again.

Alan Mocahbee hit a solo homer to leadoff the Middle Georgia fourth inning and Golden followed with a solo shot as well. Flores reached on an error and Crews singled before a walk to Cornell loaded the bases. Green’s sac fly increased the MGA lead to 11-6.

Cumberland opens the home portion of its schedule on Tuesday at 2 p.m. against Freed-Hardeman at Ernest L. Stockton Field-Woody Hunt Stadium.