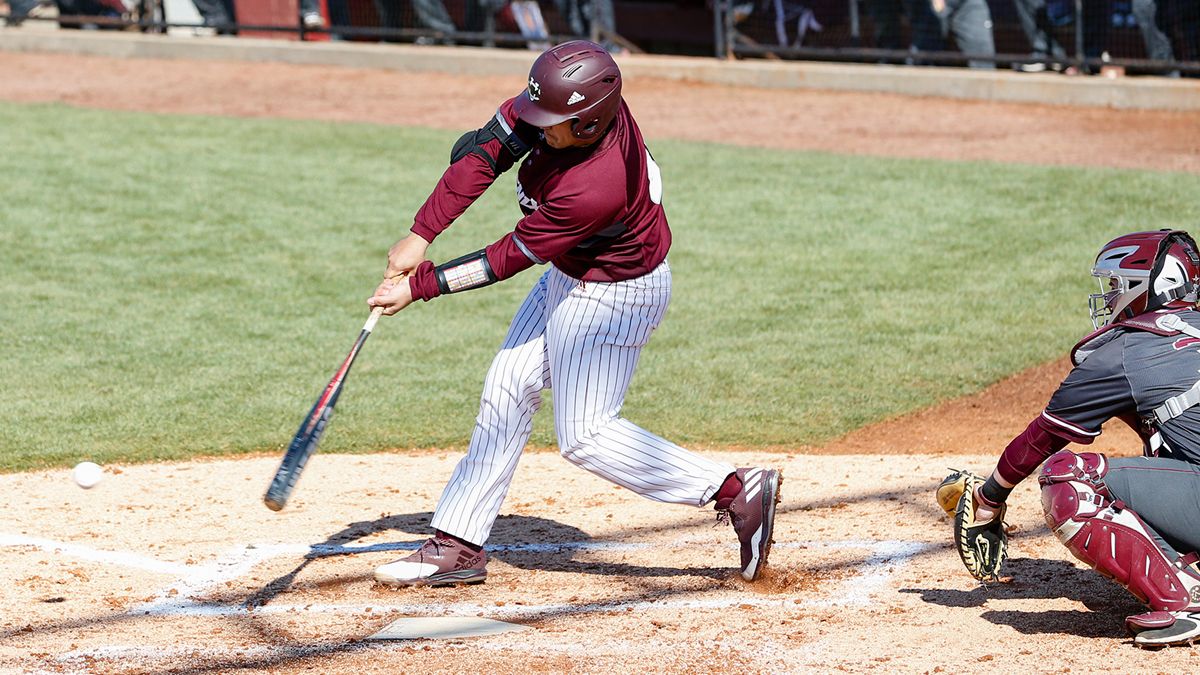 Cumberland led 2-1 in the opener before Ryan Siems hit a solo shot to tie the game with one out in the seventh. Four batters later Jacob Blunt’s three-run home run provided the Crusaders with their second come-from-behind win in the series.

Curtis Hoppe (0-3) retired nine of the first 11 batters of the game and worked out of a bases loaded jam with no outs in the fourth. Austin Gehl’s solo homer in the fifth knotted the game at one, but the righthander tossed a mostly worry-free sixth and got the first out in the seventh before running into trouble.

He allowed five runs on nine hits with three walks and 10 strikeouts to take the loss.

Clarke starter Michael Lopez (2-0) got the win, giving up two runs on six hits in seven innings. He walked four and struck out seven, with Morales driving in both runs with a single in the third and sacrifice fly in the fifth.

The Crusaders (9-1) jumped all over CU starter Evan Flener in the second contest, with a grand slam from Siems providing all of the offense the visitors would need in the contest. Clarke managed just five total baserunners after the second inning in the game.

Flener (0-2) allowed four runs on four hits with one walk to get the loss in his first career start. Justin Flores gave up one run on three hits in three innings and Jason Wullenwaber rebounded from a shaky outing on Friday to toss two scoreless frames.

Jacob Kirman (2-0) allowed three unearned runs to post the victory, giving up five hits with two walks and 10 strikeouts. He retired 10 of the first 13 batters in the contest, with Mira collecting a pair of singles in that stretch.

Cumberland broke through with a run in the third inning of the opener, with Kevin Connolly drawing a one-out walk before Mira singled to left. With two outs Morales singled to left, plating Connolly for a 1-0 edge.

Gehl’s leadoff homer in the fifth tied the game, but Connolly and Mira both singled to start the bottom of the inning for CU. Austin Krajnak walked to load the bases and Morales followed with a sac fly, but Cumberland missed a chance to add more runs in the inning.

In the seventh Siems homered to right with one out, evening the game at two. Kevin Hunley was hit by the pitch and Stephan Zanoni reached on a ground ball. Evan Faccenda then singled, but pinch-runner Eric Bueno was thrown out trying to score. But Blunt drilled the three-run shot to right on the first pitch, putting the Crusaders ahead for good.

Ricky Marinez singled with one out in the second inning of the second contest for Clarke before singles by Wilfredo Navarro and Gehl loaded the bases. Flener got the second out of the inning, but Siems delivered his second homer of the day, another drive to right, clearing the bases for a 4-0 Crusaders advantage.

Clarke added a run in the fourth when Gehl walked and Siems singled before a sac fly by Hunley made it 5-0.

In the bottom of the inning Rayden Sierra reached on an error, went to second on a sacrifice bunt by Jordan Hunt and scored on Janson Neff’s two-out single through the left side.

Cumberland added two more unearned runs in the fifth when Kyle Allen drew a leadoff walk and Mira singled with one out. Both runners moved up on a throwing error on the play and with two outs, Morales got aboard via an error by the third baseman, allowing both runners to come across.

Connolly’s one-out walk in the seventh was the only other baserunner for the Phoenix against Kirman.

Cumberland heads to Bryan College on Tuesday for a 4 p.m. Central Time first pitch and hosts Tennessee Wesleyan on Wednesday at 2 p.m.