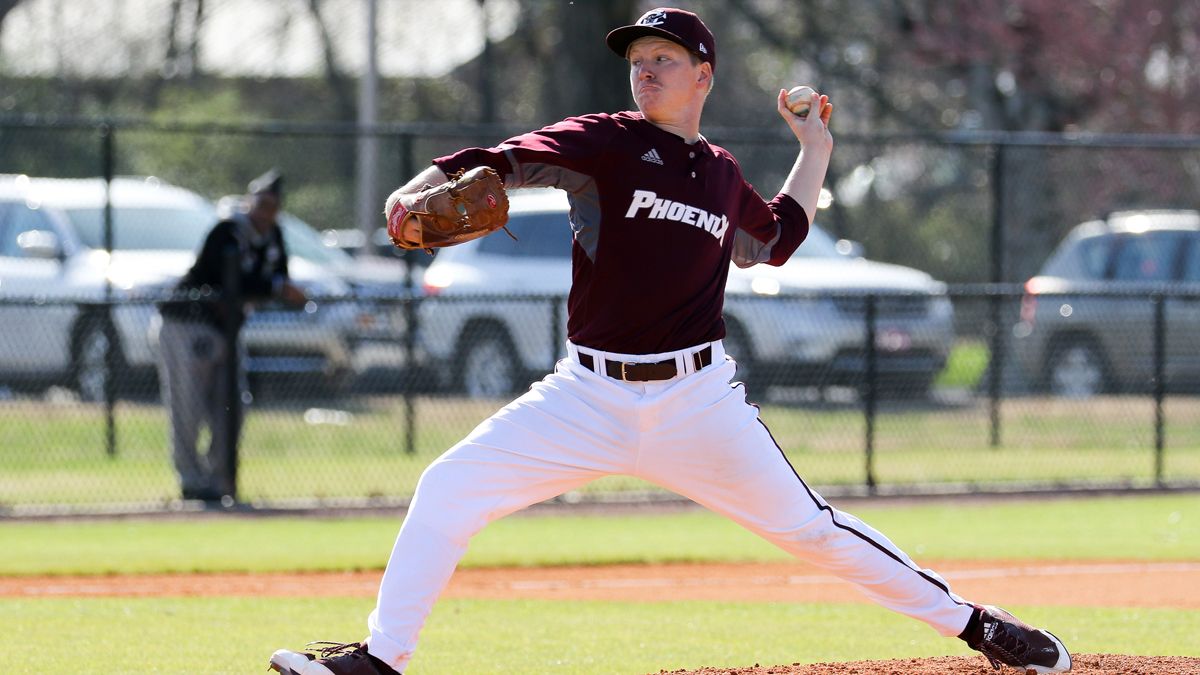 LEBANON, Tenn. – Sam Eichler tossed a no-hitter until two outs in the sixth, giving up a solo homer, and Curtis Hoppe struck out 10 in a complete game, helping Cumberland to a doubleheader sweep – 8-3 against Indiana Wesleyan and 7-1 versus Lourdes University – in baseball action Saturday at Ernest L. Stockton Field-Woody Hunt Stadium.

Eichler (1-0) worked around an error and two walks through the first three innings in his first start of the season and first appearance since February 11. The senior lefthander retired 10 straight batters before giving up a solo homer to Dallas Riggs with two outs in the sixth. He allowed one run on one hits with three walks and one strikeout in six innings to get the victory.

Cumberland (10-9) led just 1-0 until scoring six runs on four hits, two walks and an error in the fourth inning to take control. Austin Krajnak posted two hits and six different players drove in runs in the 7-1 win over Lourdes.

Hoppe (1-3) allowed three runs on just five hits, striking out 10 to pick up his first victory of the year in the opener against Indiana Wesleyan. The righthander has posted at least 10 strikeouts in four of his five starts this season. He retired the first nine batters of the game before giving up back-to-back doubles to start the fourth inning.

Hector Morales and Nick Mira both walked to start the first inning in the opener for CU and Morales stole third. He scored on a groundout by Krajnak. Sierra singled up the middle, putting runners on the corners, and Cumberland executed the double steal for the second run of the frame.

Janson Neff was hit before Sierra stole third and came across on a groundout by Hunt. Kevin Connolly then doubled, plating Neff for a 4-0 lead after one full inning.

Sierra’s leadoff homer to left in the third increased the Phoenix lead to 5-0.

Jordan Wharton and Brandon Shaffer posted consecutive doubles to start the fourth inning for the Wildcats, putting them on the board, but Hoppe got the next three batters to limit the damage.

Ryan Bixler walked and Shea Durham doubled to rightcenter with two outs in the fifth, cutting the Cumberland lead to 5-2, but Daijon Whitfield doubled and scored on a single to rightcenter by Bo Saunders in the bottom of the inning for a 6-2 advantage.

Cumberland added two more runs in the sixth when Sierra walked and stole second. Two batters later Hunt drilled a two-run homer to left, his first of the season, increasing the CU lead to 8-2.

Caleb Eder and Zee Breytenbach both doubled to start the seventh inning for Indiana Wesleyan, but Hoppe worked out of the inning with just a walk to finish off the victory.

The Phoenix got a run in the first inning versus Lourdes when Krajnak singled with two outs and scored on a double to center by Sierra.

In the fourth Caleb Kellogg and Kyle Allen both walked to start the frame and Corbin Meikle singled, loading the bases. One run scored on a single from Morales and Connolly’s sacrifice fly plated another.

Krajnak’s single scored Meikle and Morales came across on a fielding error by the Gray Wolves. Austin Voeller’s single drove home Krajnak and Sierra was the final run of the inning, scoring on a groundout by Neff.

Cumberland plays its next six games on the road beginning with a 1 p.m. doubleheader Monday at Talladega College and a single game Tuesday at Stillman College.