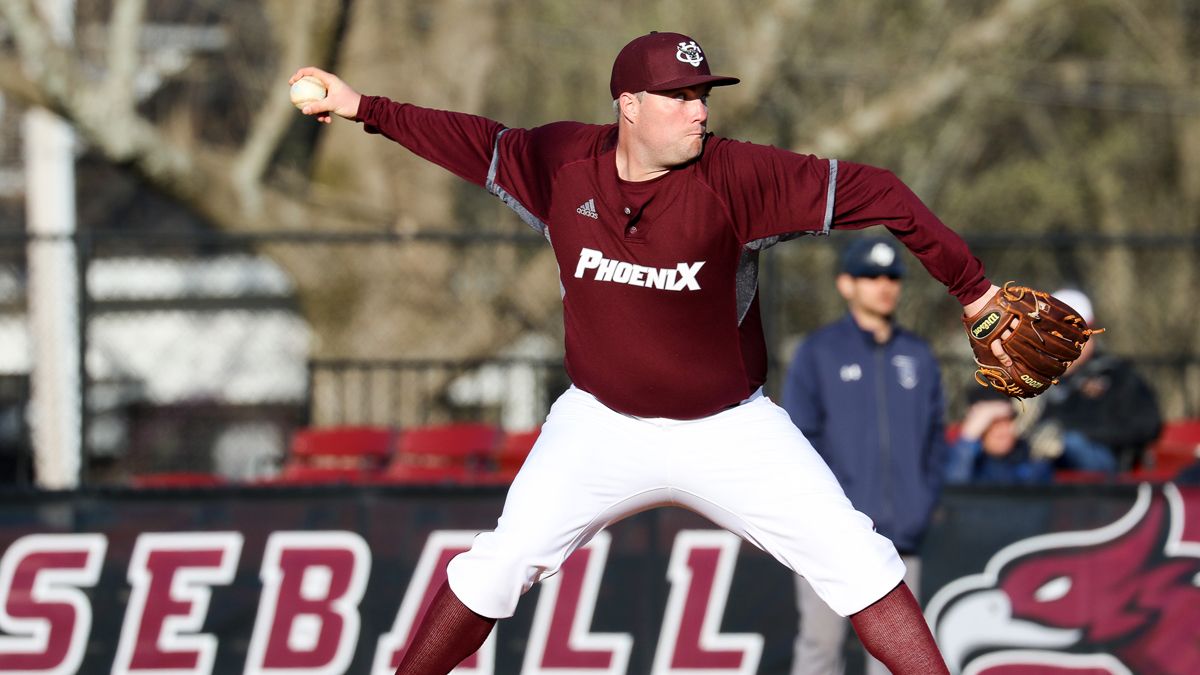 LEBANON, Tenn. – Cumberland’s Jason Wullenwaber tossed a complete game in the opener in a 4-2 victory but Emilio Martinez’s two-run homer put Talladega ahead for good in a 4-3 win, with the teams splitting the doubleheader Monday in Talladega, Ala.

Wullenwaber (3-2) allowed two runs on six hits for the win, walking three and striking out five. The righthander retired 11 of the next 12 batters after a leadoff walk in the first and worked around a walk and an error in the seventh, stranding the tying runner on base to end the contest.

Kevin Connolly and Austin Krajnak each posted two hits while Krajnak and Rayden Sierra both drove in a run in the 4-2 Cumberland (11-10) win.

Wilkin Louis (0-2) suffered the loss for the Tornadoes (17-8), giving up three runs on four hits with four walks and five strikeouts in 4.1 innings. Gustavo Castellano posted two of his team’s six hits in the contest.

Daniel Castillo (1-1) picked up the win in the second game for Talladega, allowing two earned runs on seven hits with 10 strikeouts in seven innings. Cameron Davis collected two hits for the home team.

Nick Mira and Caleb Kellogg each registered two hits for CU, which stranded seven runners in the loss. Brad Smith (1-1) gave up four runs on seven hits with four strikeouts to take the loss.

Cumberland started the opener quickly with two runs in the first after Hector Morales drew a leadoff walk and Connolly followed with a single. The throw from the outfield got away on the play, allowing Morales to take third. Krajnak then walked and Sierra was hit, forcing in a run. Janson Neff bounced into a doubleplay, but Connolly scored on the play for a 2-0 lead.

In the fifth Krajnak belted his seventh home run of the season, a solo shot to center, for a 3-0 CU advantage.

The Tornadoes scored twice in the bottom of the inning to make it a one-run game.

Castellano doubled down the leftfield line to start the frame and scored on a one-out single to center by Alberto Morris. Jorge Rodriguez and Jesus Zapata both singled, loading the bases, and Manuel Caballero’s groundout plated a run.

Cumberland added an insurance run in the seventh when Dajion Whitfield singled through the left side to leadoff and went to second on a sacrifice bunt by Bo Saunders. Morales reached on an error and Whitfield scored on the play for a 4-2 edge.

Rodriguez got on base via an error with one walk in the bottom of the seventh and Zapata walked, but Wullenwaber induced a groundout from Caballero and Broderick Johnson flew out to center to end the game.

Cumberland took an early lead in the second game when Mira doubled with one out in the first and scored on Krajnak’s single up the middle. CU could have had more after a single from Sierra and a walk to Austin Voeller loaded the bases, but Castillo struck out Mitch Langer and Kellogg to end the inning.

Smith got through the first two innings with just one baserunner before running into trouble in the third.

Morris singled up the middle to leadoff and went to second on Bryan Serra’s sac bunt. Zapata’s double to rightcenter tied the game at one and two batters later, Johnson’s single up the middle gave the Tornadoes a 2-1 edge.

The Phoenix reclaimed the lead in the fourth after Kellogg tripled to rightcenter to start the frame and scored on throwing error by the second baseman. Steven Hollis then singled and went to second on Corey Meikle’s sac bunt. With two outs Castillo’s pickoff throw got away and Hollis scored all the way from second on the play for a 3-2 advantage.

The lead was short-lived, with Davis singling to start the bottom of the inning before Martinez delivered his two-run shot to left. Smith retired nine of the final 12 batters of the contest for CU, which managed only three baserunners in the final three frames against Castillo.