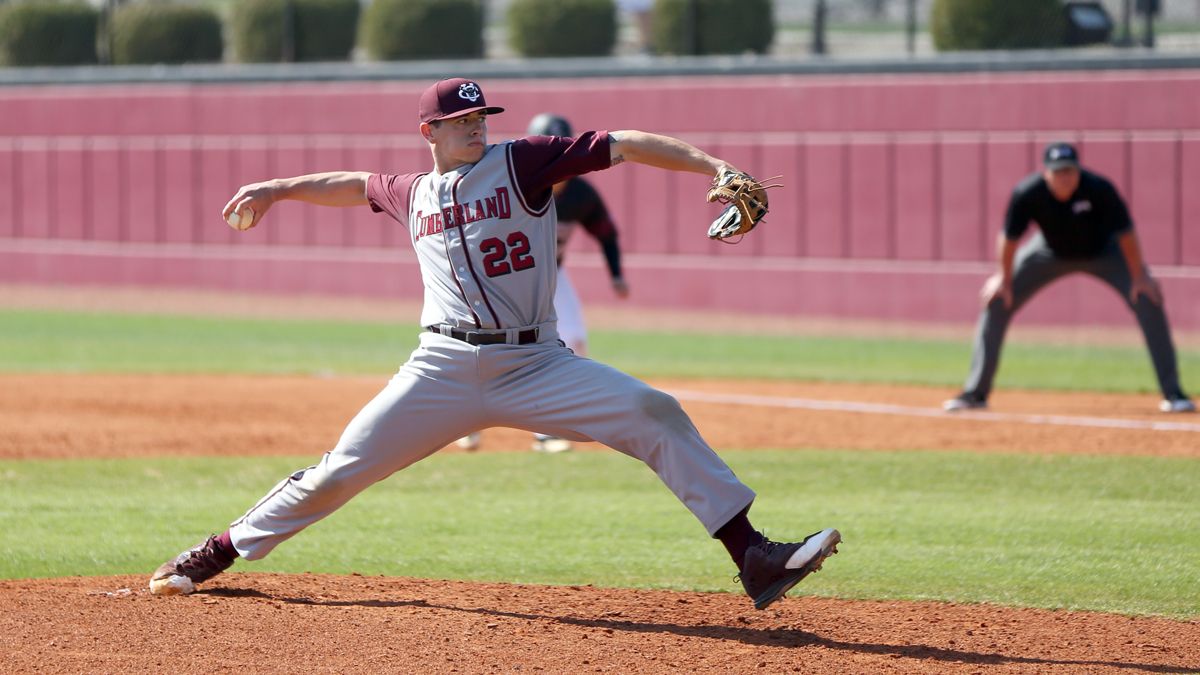 LEBANON, Tenn. – Riley Joyce’s squeeze bunt provided the only run in the second game and Campbellsville University used a four-run first inning and take control of the opener, sweeping a doubleheader from Cumberland, 7-3 and 1-0, in baseball action Friday at HIG Field in Campbellsville, Ky.

The teams conclude the three-game series Friday with a single game beginning at 12:30 p.m. CT.

Joyce’s squeeze scored Diego Reynoso with the game’s only run, spoiling the efforts of Cumberland starter Curtis Hoppe, who suffered the loss despite allowing just four hits with six strikeouts in 6.1 innings. The righthander retired 12 of the first batters of the game, working around a pair of errors in the third inning.

Cumberland threw out pinch-runner Andrew Deleon in the fifth after a double from pinch-hitter Hunter Christensen. Reynoso was hit to start the seventh inning and an error and a walk loaded the bases before Joyce’s squeeze bunt won the game.

The Phoenix (11-12, 0-2 Mid-South) managed just three hits against Campbellsville starter Logan Roberts, who walked four and struck out four. CU stranded a pair of runners in the fourth and had the bases loaded and one out in the sixth, but a pair of groundouts ended the threat. DJ Wilson (2-1) got the final four outs for the Tigers (11-8, 2-0) to pick up the win.

Campbellsville plated four runs on four hits with a walk, a hit batter and two sacrifice flies in the first inning of the opener against CU starter Travis Dohr (4-1). Mitch Langer tossed the final seven innings for the Phoenix, scattering 10 hits and giving up one earned run on 10 hits.

Romello Carbuccia and Matthew Valdez each collected three hits, Carbuccia scored three times and Reynoso drove in a pair of runs for the Tigers. Hector Morales and Steven Hollis both posted three hits and Austin Krajnak had two hits and two RBIs for Cumberland, which stranded 10 baserunners in the loss.

David Montoya led off the game with a double and Carbuccia was hit before an infield single by Clay Valenzeula-Reece loaded the bases for the Tigers. Brett Hamilton and Reynoso each drove in runs with sacrifice flies and Valdez followed with an RBI single. Carlos Garmendia’s run-scoring double made it 4-0 for the home team.

Campbellsville added two unearned runs in the fourth when Montoya reached on an error by centerfielder Hollis and Carbuccia singled. Valenzeula-Reece’s squeeze bunt plated a run and a two-out double by Reynoso stretched the lead to 6-0.

Cumberland cut the deficit in half in the seventh thanks to a pair of Tiger errors, with Jordan Hunt reaching on an error before a single by Hollis and a walk to Bo Saunders loaded the bases. Morales’ grounder was also booted, allowing a run to score, and two batters later Krajnak plated a pair of runs with a single to left, ending the day for Prybylek.

Carbuccia hit a solo homer in the eighth for the final run of the game.