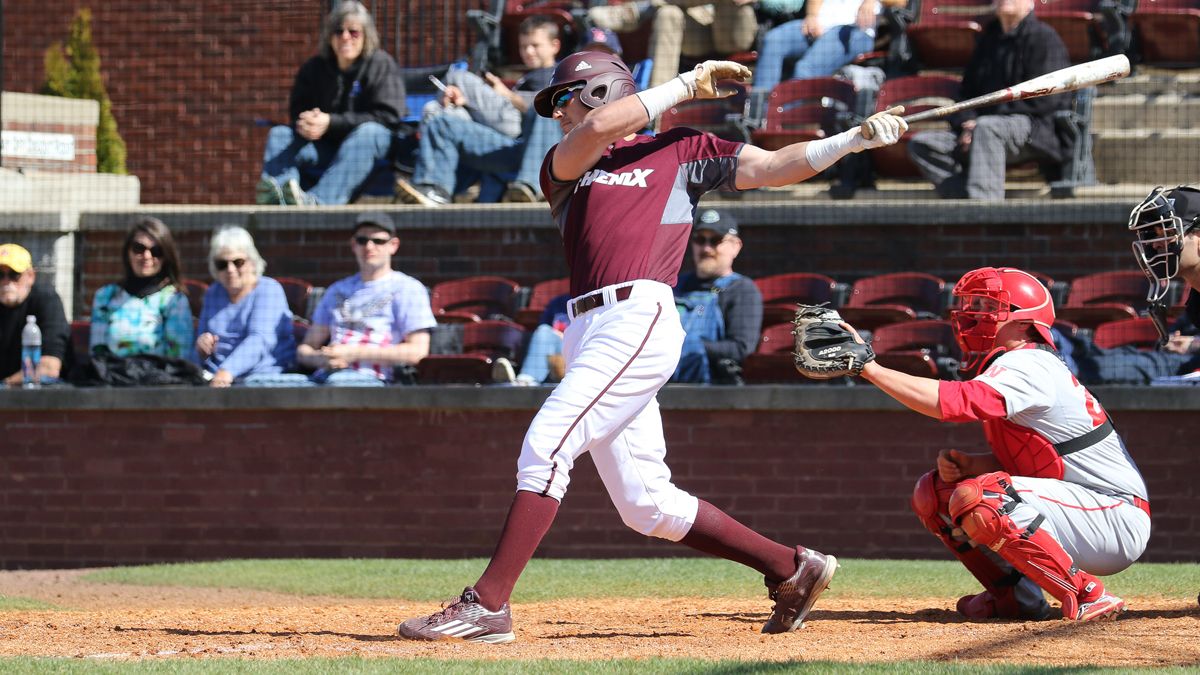 LEBANON, Tenn. – Cumberland’s Austin Krajnak repeated as the Mid-South Conference Player of the Week award winner on Monday, batting .476 with four home runs and nine RBIs in seven games for the Phoenix.

The Little Elm, Texas, native belted home runs in all three games of the weekend series against Georgetown College, , including a game-winning two-run homer in the bottom of the eighth in the second game of the series.

He posted two hits, drove in two runs and scored twice in a doubleheader against St. Ambrose University and collected two hits, two RBIs and two runs scored along with a solo homer in a twinbill versus Talladega College.

The senior was 6-for-10 in the series against Georgetown, including a solo homer and an RBI single in Saturday's opening game of the series. His two-run homer with two outs in the bottom of the eighth put CU ahead, 6-5, in Sunday's opening game, a towering blast that cleared the trees in left field.

Krajnak added a solo shot in the third inning of the series finale that cleared the trees and the road in left field, his league-leading 12th home run of the year. He also leads the Mid-South Conference in RBIs (34) and ranks second in batting average (.409).

Cumberland is scheduled to play Tuesday at home against Brescia at 2 p.m. before hitting the road for a single game Wednesday at Freed-Hardeman and a three-game series this weekend at Lindsey Wilson.