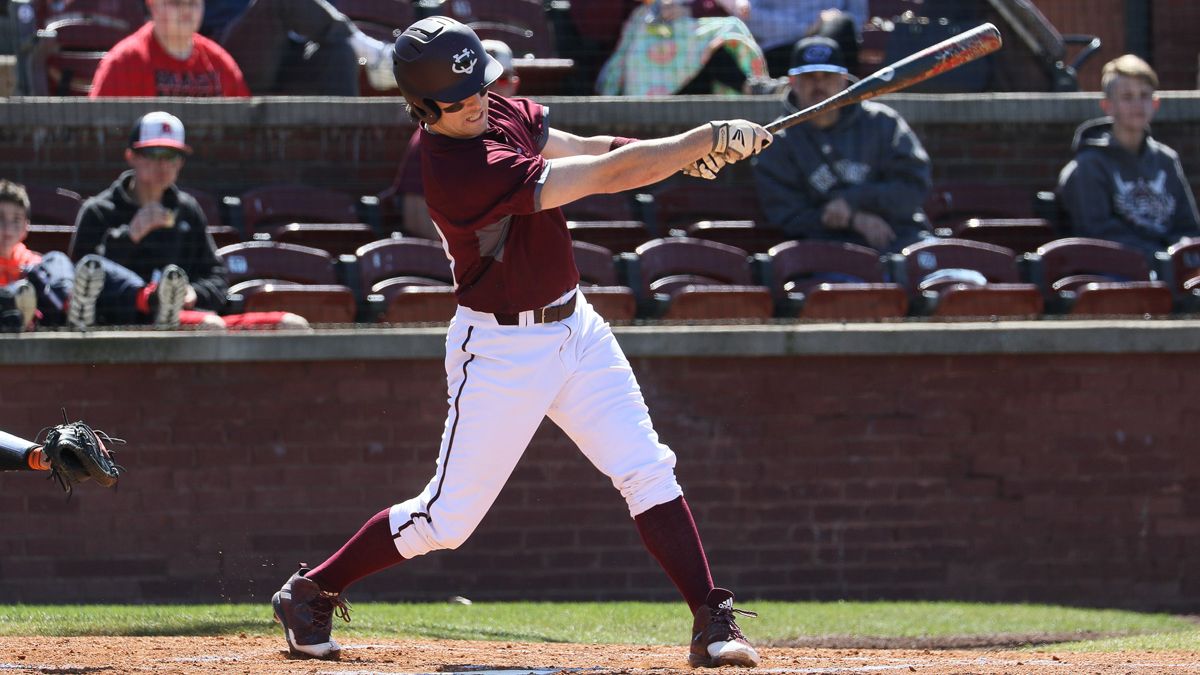 LEBANON, Tenn. – Kevin Connolly and Austin Krajnak each homered and drove in three runs, but Cumberland was unable to slow down a potent Tennessee Wesleyan offense in a 17-11 loss Wednesday in a game that featured 30 hits and 10 home runs at Ernest L. Stockton Field-Woody Hunt Stadium.

The Bulldogs (24-10) jumped out to 5-0 and 8-2 leads before Cumberland (16-20) scored three times in the fifth and sixth innings, including a solo homer by Rayden Sierra and a two-run shot from Nick Mira as well as a three-run home run by Krajnak. But the Phoenix were unable to slow down TWU, which answered each time CU scored, plating four runs in the sixth and three more in the eighth.

Dan Ward hit a two-run homer in the first and a three-run shot in the sixth and Alfred Cruz’s three-run homer in the eighth all but put the game away. Ward finished 4-for-5 with five RBIs and four runs scored and Pedro Barrios added two solo homers and was 3-for-6 with two RBIs and three runs scored from the leadoff spot for TWU.

The teams used eight pitchers apiece, with Wesleyan’s Andrew Shinnick (1-0) tossing 1.2 scoreless innings of relief in the seventh and eighth to pick up the victory. He allowed one hit and struck out one.

Barrios led off the game for the Bulldogs with a single and Cody Erickson was hit, with both runners moving up on a passed ball. Collin Ridout’s groundout plated a run before Ward belted a two-run homer to center for a 3-0 TWU lead.

In the third Erickson and Ridout both walked and a groundout pushed the runners to second and third. Nehwon Norkeh then tripled, driving in both runners for a 5-0 Wesleyan advantage.

Cumberland got on the board in the fourth when Austin Voeller and Neff both walked and Whitfield doubled with one out, driving in a run. Caleb Kellogg walked to load the bases and Connolly drew a free pass, forcing in a run.

The Bulldogs answered with three runs in the fifth, starting with a solo homer from Erickson. Ridout and Ward both singled and moved up on a balk. With two outs Addison Adams was intentionally walked and Adrian Gonzalez followed with a two-run single for an 8-2 TWU advantage.

Sierra’s solo homer to center led off the bottom of the inning for CU and with two outs, Neff walked and Mira hit a two-run home run to right, cutting the deficit to 8-5.

Erickson and Ridout both singled with one out in the sixth before Ward’s three-run homer to left. Norkeh then walked and eventually scored on a groundout by Adams.

Kellogg singled and Connolly walked to start the bottom of the sixth for the Phoenix and with two outs, Krajnak belted a three-run shot to rightcenter, his 13th of the year.

Barrios hit a solo homer with one out in the seventh for Wesleyan, stretching the lead to 13-8.

Cumberland kept scoring, though, with Neff, Mira and Whitfield all singling in the bottom of the inning. One run scored on a balk and Connolly plated another with a single up the middle.

Barrios had another solo home run to leadoff the ninth for Wesleyan and Connolly’s solo shot in the bottom of the inning finished off the scoring.

Cumberland hosts the University of the Cumberlands for a three-game series this weekend starting Saturday with a Noon doubleheader at Ernest L. Stockton Field-Woody Hunt Stadium.