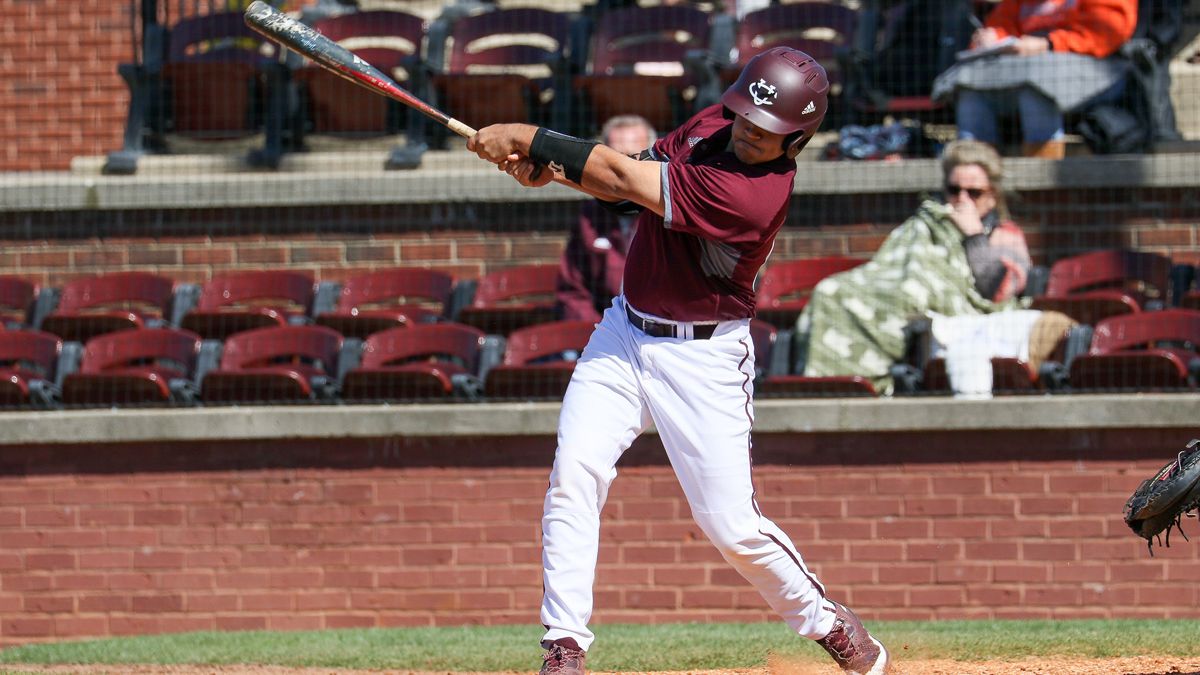 LEBANON, Tenn. – The University of the Cumberlands used big innings to take a 13-3 victory in the opener and scored three times in the third to take the lead and post a 3-2 win in the second game, sweeping the doubleheader over Cumberland in baseball action Saturday at Ernest L. Stockton Field-Woody Hunt Stadium.

The two teams conclude the series Sunday with a single game at 1 p.m.

The Patriots (26-10, 6-2 Mid-South) plated 13 runs over four innings to erase an early deficit in the opener. Kevin Pantoja was 2-for-4 with two runs and three RBIs and Chase Schmittou drove in a run with a double and hit a two-run homer for UC.

Nick Mira’s two-run home run and a sacrifice fly accounted for all three of Cumberland’s run in the loss. The homer put CU ahead, 2-0, in the second inning, but RBI singles from Pantoja and Reed Spata and a sac fly by Guillermo Villegas put the Patriots ahead in the third.

Bryan Benz hit a solo homer and Pantoka drove in a run with a single before a two-run double by Jesse Reyes in the fourth extended the UC lead to 7-2. Schmittou’s RBI double and a run-scoring groundout by Robert Prado as well as a two-base error extended the advantage to 11-2. Schmittou’s two-run homer in the sixth finished off the scoring for UC.

Noah Gapp (8-1) allowed three runs on four hits with 10 strikeouts in seven innings to get the victory for the Patriots, while CU starter Travis Dohr (5-4) allowed seven runs on nine hits in 3.1 innings to take the loss.

Cumberland scored twice in the first inning of the second game on a double by Austin Krajnak and on a throwing error by the Patriots, but that was all for CU. Patriots starter Manny Castellano (4-2) allowed just four hits with four walks and two strikeouts in six innings of work, while Nicholas Purpera struck out two in a perfect seventh inning for his sixth save.

Reyes’ two-run single tied the contest in the third and the winning run came across on an error by the Phoenix. CU starter Curtis Hoppe (1-6) suffered the loss despite giving up just three hits with three walks and 12 strikeouts in seven innings of work. Cumberland was just 1-for-9 with runners in scoring position in the defeat.

In the opener Krajnak doubled to leadoff the second inning and Mira belted a two-run homer down the rightfield line two batters later for a 2-0 CU advantage.

In the third Andrew Ramos led off with a double and pinch-runner Britton Elmore went to third on a sacrifice bunt by Prado. Pantoja’s single to center drove home the run and Reyes followed with an infield single. The runners both stole and Pantoja scored on an infield single by Spata. Villegas’ sac fly put the Patriots ahead for good, 3-2.

Benz homered with one out in the fourth and Ramos doubled before a bunt single by Prado. Pantoja singled home a run and a passed ball pushed the runners to second and third. Reyes followed with a two-run single to right for a 7-2 UC lead.

Villegas singled to start the fifth for the Cumberlands and Schmittou’s one-out double plated the runner. Benz and Ramos both walked to load the bases and Prado’s grounder was booted, allowing a run to score. Pantoja’s potential inning-ending doubleplay was thrown away at first, allowing two runs to score on the play, pushing the UC advantage to 11-2.

In the sixth Landon Byron walked with two outs and Schmittou followed with a two-run homer to right.

Rayden Sierra was hit with one out and Krajnak singled before a walk to Austin Voeller in the bottom of the inning. Mira’s sac fly scored a run, but it was too little, too late for the Phoenix.

Kevin Connolly started the second game with a single for Cumberland and moved to second on a failed pickoff attempt by Castellano. Krajnak doubled to rightcenter two batters later, plating a run. Mira’s then grounded to short and the throw to first got away, allowing Krajnak to score on the play for a 2-0 CU lead.

The Phoenix had nine baserunners against Castellano in the game but failed to score again, grounding into a pair of doubleplays and stranding four runners in scoring position.

In the third Robbie Stroub walked with one out and Prado reached on an infield single. Pantoja then singled, loading the bases, and Reyes followed with a two-run single to left. A failed pickoff throw to first by the catcher allowed both runners to move up and Spata struck out but another error on the play allowed Pantoja to come across with what proved to be the winning run.

The Patriots had just three baserunners in the last four innings against Hoppe and one of those was caught stealing.