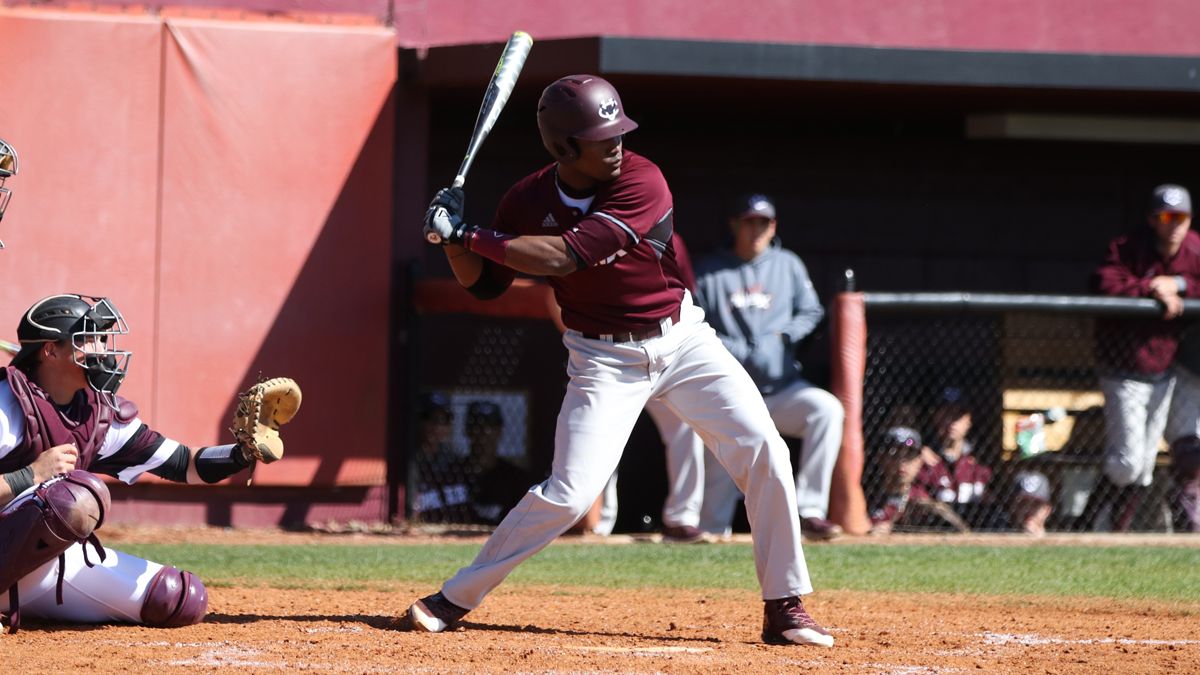 LEBANON, Tenn. – Rayden Sierra’s double-run double and a two-run homer from Austin Krajnak tied the game for Cumberland, but Andrew Ramos’ three-run shot in the 10th carried the University of the Cumberlands to an 11-8 victory and a series sweep on Sunday at Ernest L. Stockton Field-Woody Hunt Stadium.

The Phoenix (16-23, 3-9 Mid-South) trailed 5-4 heading to the ninth in Sunday’s series finale, but the Patriots (27-10, 7-2) scored three times in the top of the ninth, including an RBI double from Ramos and a run-scoring single by Kevin Pantoja. Cumberland tied the game with four runs in the bottom of the inning, with Krajnak’s league-leading 14th homer knotting the contest at eight.

Ramos’ two-out, three-run homer in the 10th proved to be the difference, part of a 17-hit attack for the Cumberlands. Chase Schmittou posted four hits and scored twice for UC, while Reed Spata added three hits and two RBIs and Pantoja collected two hits, one RBI and two runs scored.

Sierra was 3-for-5 with two RBIs and Kevin Connolly posted three hits and drove in a run for Cumberland. Krajnak finished 2-for-3 with a walk, two runs scored and three RBIs, while Bo Saunders recorded two hits and scored twice for CU.

Cumberlands starter Colton Easterwood lasted 6.1 innings, allowing three runs on eight hits with five strikeouts. Nicholas Purpera (1-3) blew the save in the ninth but still picked up the win, giving up four runs on three hits, while Hampton Clark posted his second save, working around a single and a walk in the 10th.

Cumberland scored a run in the first when Hector Morales singled with one out and Sierra followed with a double, his first of a pair of two-baggers in the contest. Krajnak’s line drive drove in the run for CU.

In the third Pantoja reached on an error and stole second before scoring on a two-out double from Spata, tying the game at one.

Pantoja doubled down the leftfield line to start the fifth for UC and came across on a single by Spata for a 2-1 Patriots edge.

The Cumberlands added two more runs in the sixth, with Schmittou leading off with a single and scoring on a double from Bryan Benz. Two batters later Roberto Prado’s single through the left side drove home Benz for a 4-1 UC lead.

Guillermo Villegas walked to start the Patriots seventh and came around to score on three wild pitches, extending the lead to 5-1.

Janson Neff walked and Saunders was hit in the bottom of the inning for the Phoenix before an RBI double from Connolly. Morales then grounded out, plating Saunders to cut the CU deficit to 5-3.

In the eighth Krajnak walked and went to second on a balk before another free pass to Nick Mira. Austin Voeller grounded into a doubleplay, but Neff’s two-out single through the right side scored Krajnak to cut the margin to one.

Landon Byron singled to leadoff the ninth for UC and went to second on a sacrifice bunt by Schmittou. Benz then reached on an error, with Byron scoring on the play, and Ramos followed with an RBI double. Two batters later Pantoja’s single plated pinch-runner Britton Elmore for an 8-4 Patriots advantage.

Saunders singled and Morales walked against Purpera in the bottom of the ninth before Sierra’s two-run double to rightcenter. Krajnak then blasted his two-run homer to leftcenter, knotting the game at eight.

The lead didn’t last long, though, with Villegas and Schmittou both singling in the 10th for the Patriots. Ramos’ two-out, three-run homer to left off Flener as the game-winning for the Cumberlands.

Cumberland hosts Bethel University on Wednesday at 2 p.m. and takes on Georgia Gwinnett in a three-game series next weekend beginning Friday.