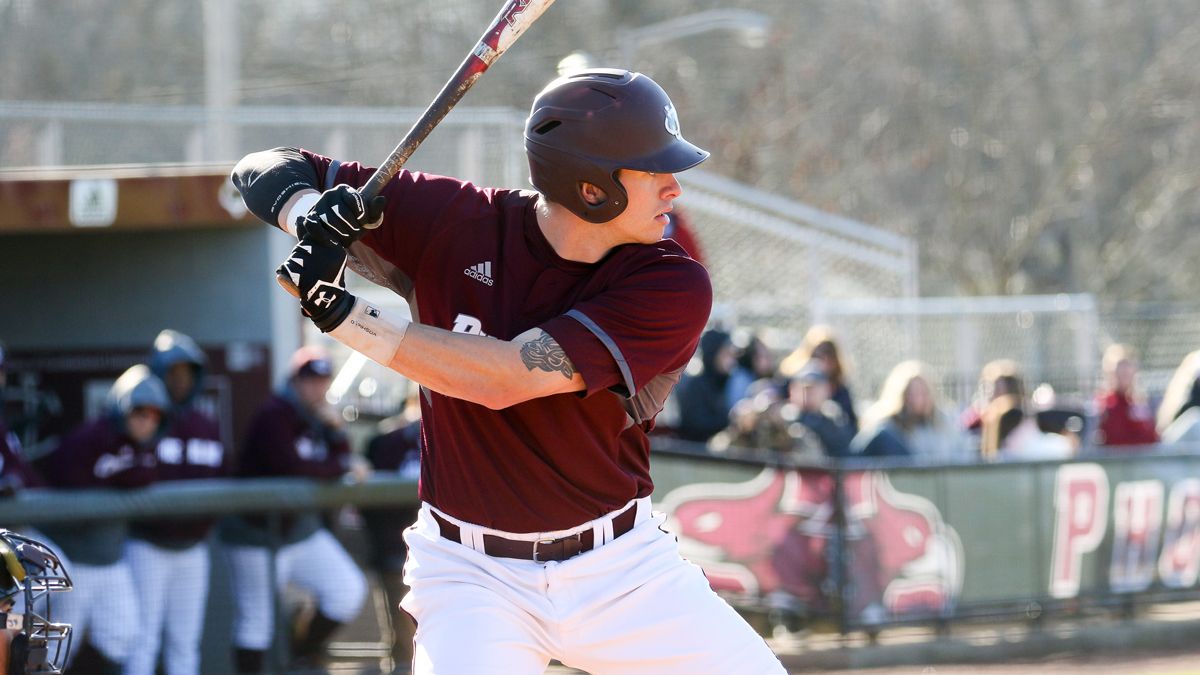 The Phoenix (17-23) trailed 4-0 before posting seven hits in the bottom of the fifth, taking advantage of a pair of walks and two infield singles in the frame. Nick Mira’s two-run single tied the game at four and Austin Voeller’s sacrifice fly gave CU its first lead. Langer’s two-run blast with two outs in the frame put Cumberland ahead, 7-4.

Hector Morales added a three-run blast and Sierra hit a solo shot in the seventh, extending the advantage to 12-5. Langer started the eighth with a home run over the batters’s eye in dead centerfield and Kevin Connolly’s two-run homer and Sierra’s two-run blast later in the frame ended the game for the Phoenix.

Bethel used five hurlers in the contest, but Wildcat starter Cody Ladner (1-1) suffered the loss. The righthander was very good for four innings before running into trouble in the fifth, allowing five runs on four hits with five walks and six strikeouts.

The Wildcats took a 1-0 lead in the third when Randy Guevarez drilled a line drive into the trees in left field, his first homer of the year.

Bethel added to the advantage in the fourth, with Colin Roberts leading off the inning with a blast to rightfield that didn’t need the 20 mile-per-hour wind blowing that direction. Two batters later Jack Surber’s pop fly to right used all of the wind, just clearing the wall for his second home run of the season and a 3-0 BU edge.

The Wildcats added another run in the fifth after a leadoff single to left by Christian Padin. Kendall Adkisson bunted, but Smith’s throw to first was high, getting past Voeller, which allowed Padin to take third. Two batters later a foul fly down the rightfield line by Gabriel Matias turned into a sacrifice fly for a 4-0 Bethel lead.

Cumberland got back in the game with a seven-run bottom of the fifth that started with a walk to Bo Saunders before consecutive infield singles in the hole at short by Connolly and Morales. Sierra singled home a run and Austin Krajnak walked, forcing in another and ending the day for Ladner.

Mira greeted reliever Hayden Edwards with a ground ball single to right, plating two runs, and Voeller’s sac fly to deep center scored Krajnak for a 5-4 lead. With two outs Langer’s high fly ball to right just kept carrying, over the wall for a two-run homer and a 7-4 CU advantage.

Surber doubled down the rightfield line to start the sixth for Bethel and scored on a pair of groundouts, the second one by Guevarez, cutting the Cumberland edge to 7-5.

The Phoenix added a run in the bottom of the inning without a hit. With two outs Sierra, Krajnak and Mira all walked and Voeller was hit, forcing in a run for an 8-5 lead.

In the seventh Saunders singled to left with one out before Connolly walked. Morales then drilled a line drive to rightcenter for his fifth home run of the year. Sierra followed with a towering blast to left, well over the trees, extending the advantage to 12-5.

Colby Poston tripled to rightcenter with one out in the eighth for Bethel and came across on a single by pinch-hitter Zachary Crocker.

Langer’s home run into the trees in center started the bottom of the inning for CU and Saunders walked before Connolly’s two-run homer to left, his fourth of the year. Morales was hit and Sierra ended the game with a two-run blast to rightcenter.

Cumberland hosts Georgia Gwinnett for a three-game series this weekend, all single nine-inning games. Friday’s contest starts at 2 p.m., while Saturday’s game begins at 1 p.m. and Sunday’s first pitch is set for Noon.