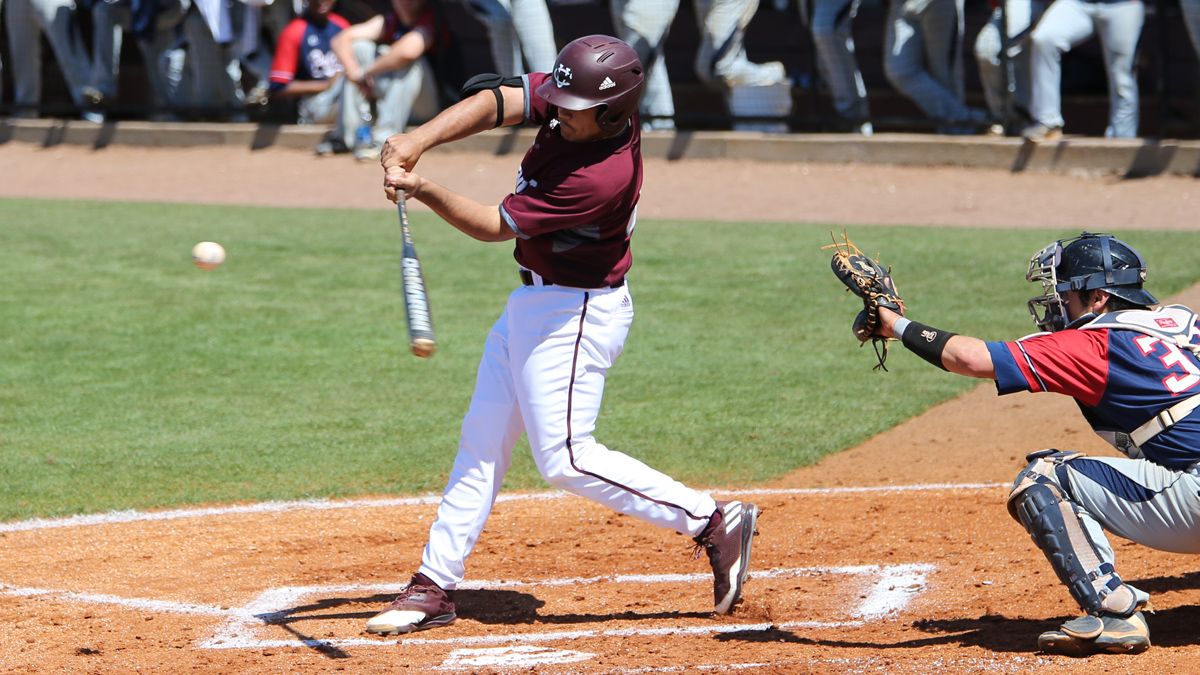 LEBANON, Tenn. – Mitch Langer hit a three-run homer in a six-run third inning for Cumberland and got the final two outs for the save, helping the Phoenix hold on for a 9-8 victory over eighth-ranked Georgia Gwinnett in the first of a three-game series Friday at Ernest L. Stockton Field-Woody Hunt Stadium.

Austin Voeller’s two-run single as well as an RBI single by Austin Krajnak and Langer’s three-run homer, his third home run in the last two games, put Cumberland ahead, 7-2, in the third inning. Nick Mira’s run-scoring double in the fourth pushed the lead to 8-2, but the Grizzlies plated a single run in the fifth and four more in the sixth.

Dajion Whitfield’s sacrifice fly in the bottom of the sixth gave the Phoenix a 9-7 edge. Austin Alexander’s pinch-hit triple and an RBI single by Brady Shoppe made it a one-run game in the ninth, but Langer came on to get a fly ball and a groundout back to the mound to end the contest.

Mira posted three hits for Cumberland Voeller and Kevin Connolly each added two hits. Both teams stranded 11 runners, including seven in scoring position for the Phoenix.

CU starter Curtis Hoppe (2-6) worked five strong innings before running into trouble in the sixth. The righthander picked up the win, allowing six runs on seven hits with six walks and five strikeouts.

Evan Flener tossed 3.1 innings of relief, giving up one run on four hits, before giving way for the final two outs by Langer, who posted his first save of the year.

Nikolay Uherek (3-5) suffered the loss for the Grizzlies (27-14), allowing nine runs on 11 hits in 5.1 innings. He walked three and struck out three. Shoppe collected three of Gwinnett’s 10 hits and drove in three runs, the only GGC hitter with multiple hits.

The Grizzlies got on the board first with a pair of runs in the second inning, starting with a walk to Kyler Timmerman. Kade Carrigan doubled with one out and a walk to Shoppe loaded the bases. Free pass to Deion Sellers and Angel Soto forced in runs, but Hoppe got out of the jam by inducing a 6-4-3 doubleplay.

Mira doubled to leadoff the bottom of the inning and Voeller reached on catcher’s interference before a sacrifice bunt by Whitfield. Langer walked, loading the bases, and a groundout by Bo Saunders plated a run, cutting the deficit in half.

Hector Morales and Rayden Sierra both singled to start the CU third before Krajnak’s RBI single. A wild pitch put both runners in scoring position and Voeller delivered a two-run single. Whitfield then singled before Langer’s three-run homer to right, putting the Phoenix ahead, 7-2.

Morales walked to leadoff the fourth for Cumberland and with two outs, Mira doubled to leftcenter, scoring the runner all the way from first for an 8-2 advantage.

Soto walked and Jean Figueroa singled before Chris Jones was hit to load the bases in the fifth for Gwinnett. Marcus McCorkle grounded into a doubleplay, but Soto scored on the play for the Grizzlies.

The first five batters reached base safely in the sixth for GGC, beginning with a single by Jean Paul Rodriguez before Carrigan was hit. Shoppe’s double to leftcenter plated both runners and Sellers and Soto were both hit as well, loading the bases.

Figueroa’s fielder’s choice plated a run and Sellers came across on a wild pickoff throw by Mira, cutting the Cumberland lead to 8-7.

The Phoenix got a run back in the bottom of the inning, though, when Krajnak walked and Mira was hit. That ended the day for Uherek and reliever Taylor Folsom issued a free pass to Voeller. Whitfield’s line drive scored a run for a 9-7 CU edge.

Flener worked around a Gwinnett single in the seventh and an error and a single in the eighth before the pinch-hit triple by Alexander in the ninth. Shoppe followed with an RBI single. Alex Garland flew out to center, but Brady Hamilton singled against Langer before Figueroa grounded back to the pitcher to end the contest.

Cumberland and Georgia Gwinnett play again Saturday at 1 p.m. and conclude the series Sunday at Noon, both single games.