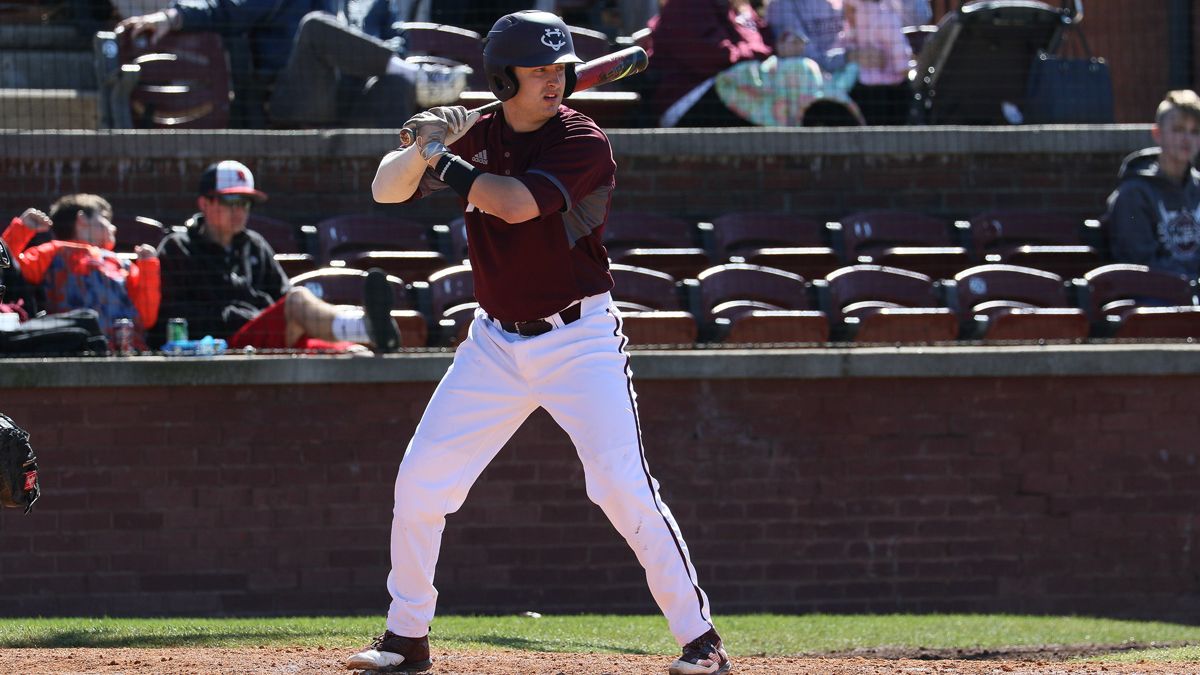 Connolly and Sierra each posted run-scoring doubles in the third inning and Saunders drove in a pair of runs with a triple in the four-run fourth for the Phoenix (20-24). Sierra and Austin Krajnak both plated two runs with singles and Nick Mira’s run-scoring double finished off the six-run sixth inning after the RedHawks (11-23) pulled within, 6-5.

Mira and Austin Voeller added two hits apiece and Kyle Allen drove in a pair of runs for Cumberland, which knocked out 16 hits in the victory.

Brad Smith (2-2) tossed 5.1 innings to get the victory, allowing five runs on eight hits. Justin Flores and Jackson White combined for 3.2 scoreless frames to end the contest, giving up only two hits with one walk and one strikeout.

The RedHawks scored first in the contest when McKelvy tripled with one out in the third and scored on a ground ball by Rob McMasters.

Allen walked to leadoff the bottom of the inning but was erased on a fielder’s choice off the bat of Saunders. Connolly then doubled down the leftfield line, plating Saunders, and two batters later Sierra and Connolly switched places on the base paths after a double to center, giving CU a 2-1 edge.

Mira and Voeller both singled and Jordan Hunt walked to start the fourth inning for the Phoenix. Allen’s line drive drove in a run and Saunders followed with a two-run triple to leftcenter. Connolly’s sacrifice fly plated the fourth run of the inning for a 6-1 Cumberland advantage.

Martin Methodist got a run back in the fifth when McMaster’s walked, went to second on a wild pitch and scored on a single to left by Britten Abbott.

In the sixth Kevin Grove singled and Cole Porter was hit before a sacrifice bunt by Robert Smith pushed the runners to second and third. Pruitt’s two-run double to rightcenter pulled the RedHawks within two and a single by McKelvy ended the day for Smith. McMasters’ line drive to center plated Pruitt, making it a one-run game.

Cumberland responded in the bottom of the frame, scoring six runs on six hits to take command of the contest.

Saunders and Connolly both singled to leadoff and Hector Morales walked, loading the bases. Sierra’s double down the leftfield line scored two runs and Krajnak followed with a two-run single.

Mira then doubled down the rightfield line, pushing across a run, and with two outs, Allen doubled to center, scoring Mira for a 12-5 CU lead.

In the eighth pinch-hitter Mitch Langer led off with a double to leftcenter and Janson Neff’s two-out single to right plated the final run of the game.

Cumberland begins a three-game series at the University of Pikeville on Friday at 2 p.m. Central Time and concludes the series with a doubleheader Saturday beginning at 11 a.m. CT.