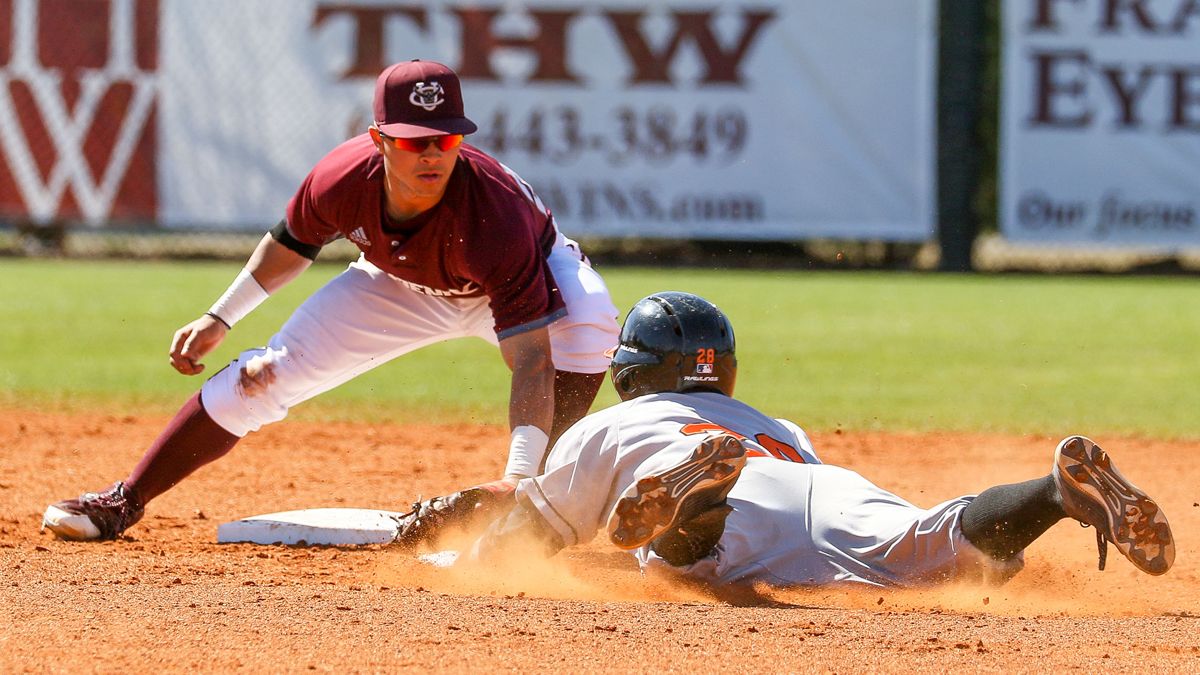 LEBANON, Tenn. – Hector Morales hit a pair of home runs and drove in five runs and Rayden Sierra added a two-run homer, helping Cumberland hammer out 16 hits and hold on for an 11-9 victory over the University of Pikeville in the first of a three-game series Friday in Pikeville, Ky.

The two teams conclude the series Saturday with an 11 a.m. CT doubleheader at Johnnie LeMaster Field.

Nick Mira and Caleb Kellogg added run-scoring singles and a pair of Cumberland runners came across on wild pitches in the victory for CU, which has won three straight overall and five of the last six outings.

Mitch Langer (3-3) tossed 5.1 innings of relief to pick up the victory, allowing two runs on five hits. He walked three, struck out one and worked out of a jam in the ninth after the Bears got a walk and a single to start the inning, putting the tying runs on base. The righthander induced a groundout, then struck out Brandon Sewell before Josh Bailey flied out to center to end the contest.

Pikeville starter Aaron Hedgecock gave up six runs on seven hits in four innings but left the game with a 7-6 lead. Bryce Carden (2-6) suffered the loss, allowing four runs on four hits in 1.1 innings, including the two-run homer by Morales that put CU ahead, 10-7.

Travis Haen was 2-for-4 with three RBIs and two runs scored and Anthony Roberts drove in three runs in the loss for the Bears.

Kevin Connolly walked to leadoff the game and two batters later, Sierra belted his 11th home run of the year, this one to rightfield, for a 2-0 CU advantage.

Pikeville answered in the bottom of the first against CU starter Curtis Hoppe, with Bailey singling and Haen drawing a walk to start the frame. Both runners scored on a one-out double down the leftfield line by Roberts, knotting the game at two.

Matt Peterson and Sewell both doubled with one out in the second, plating a run, and Haen followed two batters later with a two-run homer to right for a 5-2 UPike lead.

In the third Sierra singled and Austin Krajnak walked with two outs before Mira’s RBI single up the middle cut the deficit to two.

Steven Hollis was hit and Bo Saunders singled with one out in the fourth for CU. Morales drilled a three-run homer to left two batters later for a 6-5 Cumberland edge.

The lead didn’t last long, though, as Peterson doubled to leadoff the bottom of the inning and Bailey was intentionally walked with one out. With two outs Justin Beatty drew a free pass and Roberts also walked, forcing in a run and ending the day for Hoppe.

Langer walked the first batter he faced, pushing across another run, before getting a fly ball to end the inning, but Pikeville had taken a 7-6 lead.

Krajnak walked and Mira doubled to rightcenter to start the fifth for CU. Krajnak scored on a wild pitch and pinch-runner Taylor Dorsey came across on Kellogg’s single to right, putting the Phoenix ahead for good, 8-7.

In the sixth Connolly singled with one out and Morales followed with a two-run homer to left for a 10-7 CU advantage.

Pikeville got a run back in the seventh after Jorge Perez was hit and Kay Vincent singled, putting runners on the corners. Daniel Sterenberg’s sacrifice fly to left plated the run for the Bears, cutting the Cumberland lead to two.

The Phoenix added an insurance run in the eighth when Morales led off with a double and Sierra walked. Krajnak singled to right, but Morales was thrown out trying to score on the play. The runners took second and third on the throw to the plate and Sierra later scored on a wild pitch for an 11-8 lead.

Pinch-hitter Luke Hartlage led off the bottom of the eighth with a single and Bailey also singled before an RBI double by Haen, but Langer buckled down, getting two infield popouts and a fly ball to end the inning with a two-run Cumberland edge.