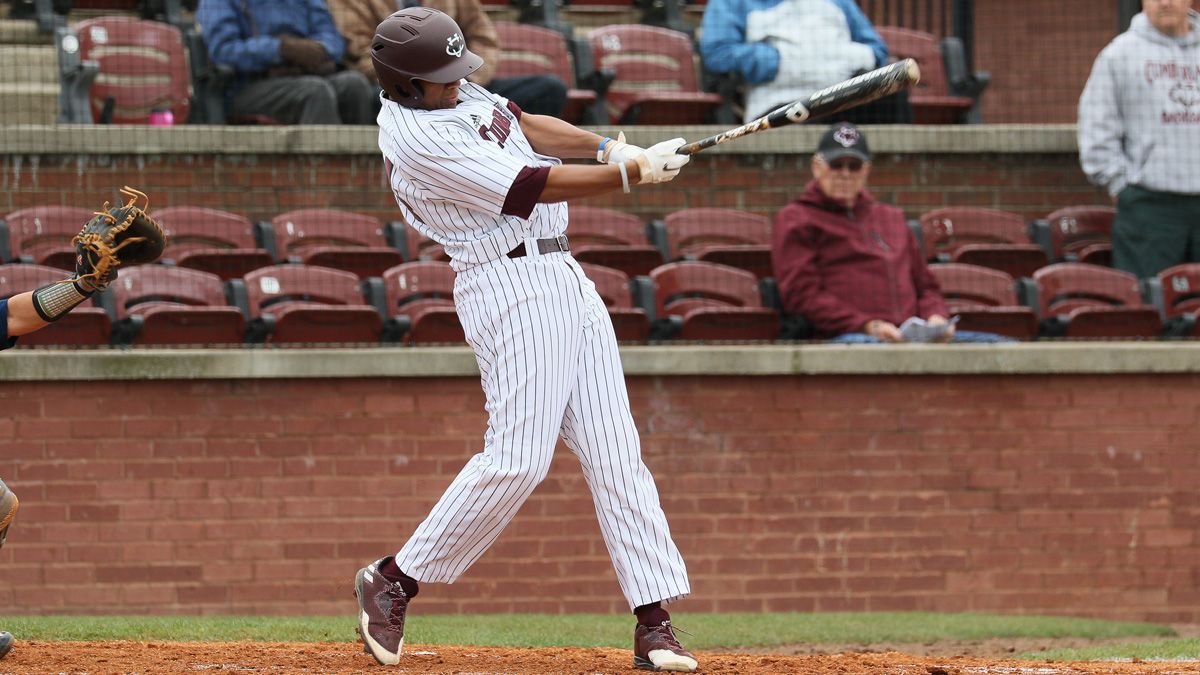 LEBANON, Tenn. – Michael Conrad tossed eight shutout innings, striking out six, and Georgetown College scored all of its runs in the sixth inning in a 4-1 victory over Cumberland in the first game of the Mid-South Conference Baseball Championship Opening Round on Friday in Georgetown, Ky.

Cumberland and Georgetown play again Saturday at Noon Central Time followed by an if necessary game later in the day if the Phoenix win the first contest.

The lefthander worked around a pair of baserunners in four innings, stranding eight runners during his stint. Conrad (8-3) walked three and retired 16-of-19 hitters from the end of the second until the first out of the eighth.

He gave up four runs on 10 hits in eight innings, walking three and striking out two. He worked around an error and a hit batter in the second, a single and a walk in the third and two singles and a walk in the fifth, keeping the Tigers off the scoreboard.

Nick Giambalvo started the sixth inning for Georgetown with a double to leftcenter and John Shattles bunted, but Cumberland’s throw to third was late, putting runners on the corners.

Garner doubled to left, driving home a run, and Paz followed with a two-run double to right. With two outs Brandon Benson walked before Little’s RBI single to right made it 4-0 for the home team.

Much as it did in the series earlier this season, Cumberland made it difficult on the Tigers bullpen, scoring a run in the ninth and bringing the tying run to the plate before ending the contest.

Pinch-hitter Caleb Kellogg walked with one out and stole second. With two outs pinch hitter Corbin Meikle doubled down the rightfield line, getting the Phoenix on the board, and Kevin Connolly singled through the left side, but Nick Mira struck out to end the game.

Dajion Whitfield collected two of CU’s seven hits in the loss. Sean Williams was 3-for-5 in the leadoff spot for Georgetown and Benson and Giambalvo each posted two hits for the Tigers.