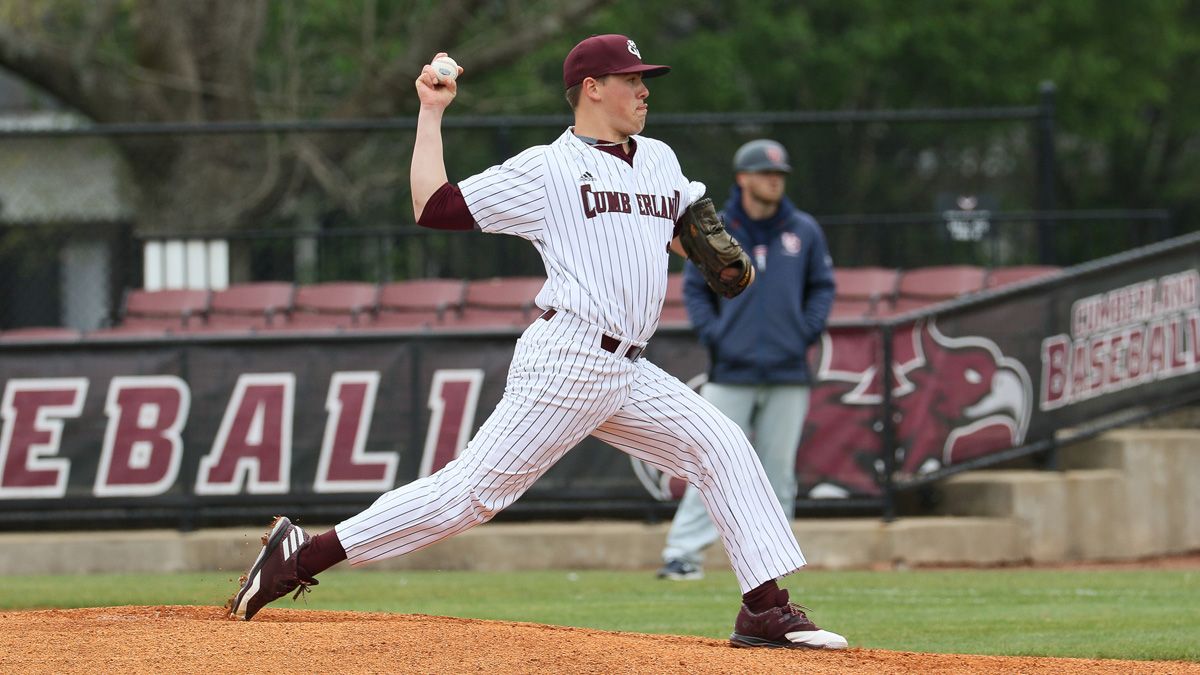 LEBANON, Tenn. – Breion Barron allowed one run in eight innings and Georgetown College took advantage of three Cumberland errors to plate all three of its runs in a 3-1 Tigers victory on Saturday, taking the three-game series in the opening round of the Mid-South Conference Baseball Championships in Georgetown, Ky.

The Tigers (32-17) advance to next weekend’s four-team tournament in Bowling Green, Ky., while the Phoenix ends its season with the two loss to Georgetown.

Cumberland (26-29) scored first in the game with a two-run homer from Austin Krajnak in the fourth, but he was called out for passing baserunner Rayden Sierra between first and second, reducing the hit to a solo homer and a 1-0 lead for the visitors.

Sam Medina’s double led off the bottom of the inning for Georgetown and Nick Giambalvo followed with a sacrifice bunt, but Hector Morales dropped the throw at first base and then threw wildly to third trying to pickoff Medina, allowing a run to score and Giambalvo to take second. Michael Paz’s two-out infield single plated Giambalvo for a 2-1 Tigers advantage.

In the eighth Brandon Benson led off with a single and went to second on a wild pitch. With one out Medina was hit and Ryan Garner’s two-out grounder to short was booted, allowing an insurance run to come across for the Tigers.

Barron (7-4) did the rest, retiring 10 of the first 11 batters of the game before Sierra’s single and Krajnak’s would-be homer in the fourth. Dajion Whitfield singled to leadoff the fifth, but he was doubled off on a line drive by Bo Saunders. Barron struck out Krajnak and Austin Voeller with a pair of runners on in the sixth and stranded the bases loaded in the eighth after singles from Kevin Connolly and Sierra and an intentional walk to Krajank, striking out Voeller.

In all he allowed one run on six hits with three walks and 10 strikeouts. Jordan Magers tossed the ninth for his fourth save, giving up a single to Whitfield but that was it.

Travis Dohr (7-6) was the tough-luck loser for the Phoenix, allowing three unearned runs on seven hits. The righthander walked three and struck out four.