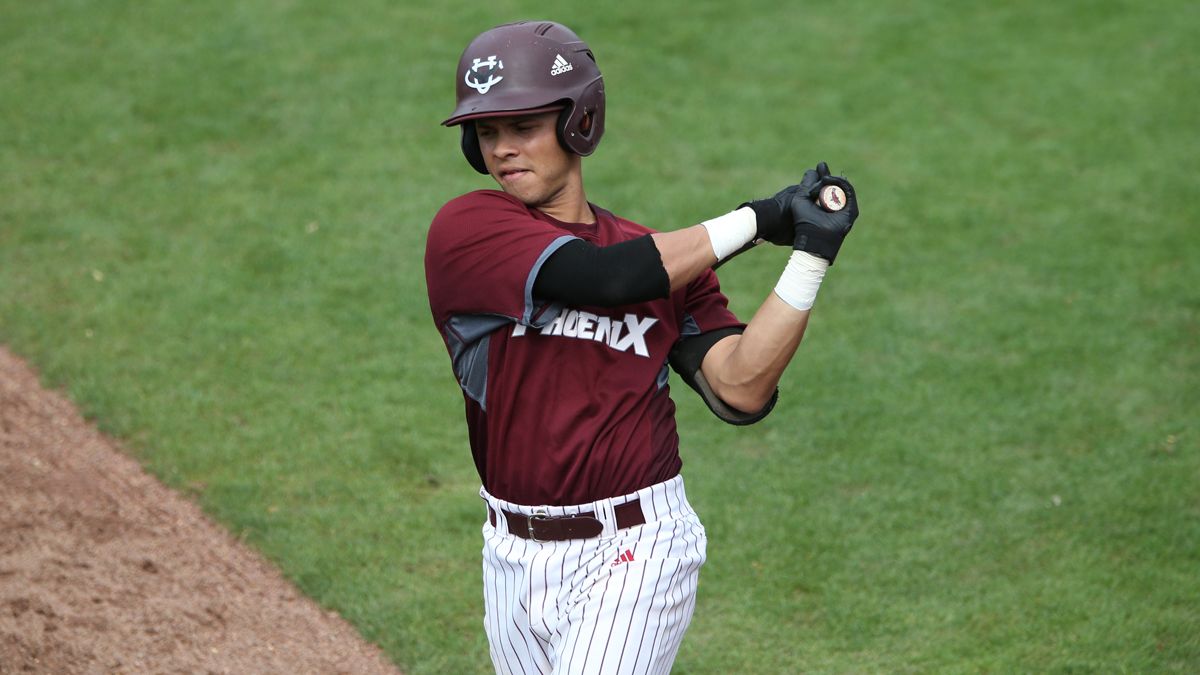 LEBANON, Tenn. – Carlos Moseley doubled twice, posted three hits, drove in a run and scored another in the opener and Hector Morales drove in three runs, including a two-run homer, in the second contest, as Cumberland completed a doubleheader sweep with 10-3 and 7-3 victories over Reinhardt University in baseball action Saturday in Waleska, Ga.

The Phoenix started the season 3-0 for the first time since 2011. Cumberland pounded out 24 hits in Saturday’s doubleheader and all three starting pitchers in the series tossed at least six innings, including seven from Polo Portela on Friday and Thomas Galart on Saturday.

The Phoenix scored three times in the fourth and added five more runs in the fifth to take control in the opening game of the day. Jared Schmidt doubled twice, had two RBIs and scored a run while Mykel Gordon and Andy Garretson added two hits apiece for CU in the 10-3 victory.

Galart picked up the win, allowing two runs on seven hits in seven innings. The righthander walked one and struck out five, inducing 10 ground ball outs. He worked around a single and an error in the first and gave up both runs in the fourth inning. Matt Trawick posted three of Reinhardt’s seven hits in the contest.

Eagles starter Dylan Powers gave up five runs on seven hits in four-plus innings with one walk and seven strikeouts.

Christian Straub got the win for the Phoenix in the second contest, giving up two unearned runs on three hits in six innings. He walked one, hit two batters and struck out two. Monty Stevens posted a save for Cumberland with three innings of work, allowing one run on one hit with two walks.

Jordan Hunt posted three hits and two RBIs and Hunt and Kyle Blackwell each doubled twice, with Blackwell scoring a pair of runs.

The Phoenix got on the board in the opener in the third inning, starting with a leadoff double from Garretson. Peyton Wheatley struck out but reached on a wild pitch, putting runners on the corners, and Garretson scored when Morales bounced into a doubleplay.

In the fourth Gordon and Nick Mira both singled to begin the frame and Schmidt followed with an RBI double. Blackwell plated a run with a sacrifice fly and Wheatley doubled to rightcenter with two outs, scoring Schmidt for a 4-0 CU advantage.

The Eagles got two runs back in the bottom of the inning, which started with one-out singles from Jacob Cagle and Kaleb Swayze. A pair of wild pitches from Galart plated one run and a single by Cristian Martinez cut the Cumberland lead to 4-2. Galart worked out of the jam thanks to a 6-4-3 inning-ending doubleplay.

The Phoenix responded with a five-run fifth inning, starting with a leadoff single from Rayden Sierra, which chased Powers, and an RBI double by Moseley. Gordon then singled to put runners on the corners and a failed pickoff throw from reliever Daniel Dolensky pushed across another run.

Mira reached on an error by Eagles shortstop Daniel Rodriguez, allowing Gordon to score. Blackwell doubled home a run and took third on a wild pitch, scoring on a sac fly from Garretson for a 9-2 CU advantage.

In the ninth Schmidt doubled and Blackwell and Caleb Kellogg both walked, loading the bases. Wheatley grounded into doubleplay, but Schmidt scored for the Phoenix.

Reinhardt got a run in the bottom of the inning, with Swayze drawing a leadoff walk and Martinez reaching on an error by CU leftfielder Garretson. Chandler Wold’s sacrifice fly scored Swayze for the final run of the first contest.

Sierra belted a solo homer down the leftfield line with one out in the first in the second game to give Cumberland an early edge.

Reinhardt scored twice in the fourth inning to take the lead, with a two-out walk to Andres Ugarte starting the rally. Noah Daniel reached on a throwing error by Gordon, keeping the inning alive, and Wold followed with a two-run single to right for a 2-1 Eagles edge.

The Phoenix came right back with two runs in the fifth, though, to reclaim the lead.

Blackwell led off with a double and took third on a wild pitch. Morales singled to center with two outs in the inning, his first hit of the day, and Sierra reached on a throwing error by Rodriguez. Moseley then chopped a single to left, plating Morales for a 3-2 CU advantage.

Cumberland added to the lead in the seventh, with Wheatley singling to start the frame and pinch-runner Garretson taking second on a wild pitch. Hunt doubled to left, plating a run, and Morales followed with a two-run homer to left, stretching the advantage to 6-2.

Blackwell started a two-out rally in the eighth with a double down the leftfield line. Garretson walked and Hunt followed with an RBI single to left for a 7-2 Phoenix lead.

Stevens retired six straight batters before running into trouble in the ninth, walking Cagle and Swayze to begin the inning. Ugarte’s single to center loaded the bases with no outs, but M.J. Arnold grounded out, plating a run. Wold then lined to right and Rodriguez popped out to end the contest.

Cumberland plays three games next weekend in Montgomery, Ala., taking on second-ranked Faulkner University on Friday at 3 p.m. and Saturday at Noon as well as a single game versus LSU-Alexandria on Saturday at 3 p.m.