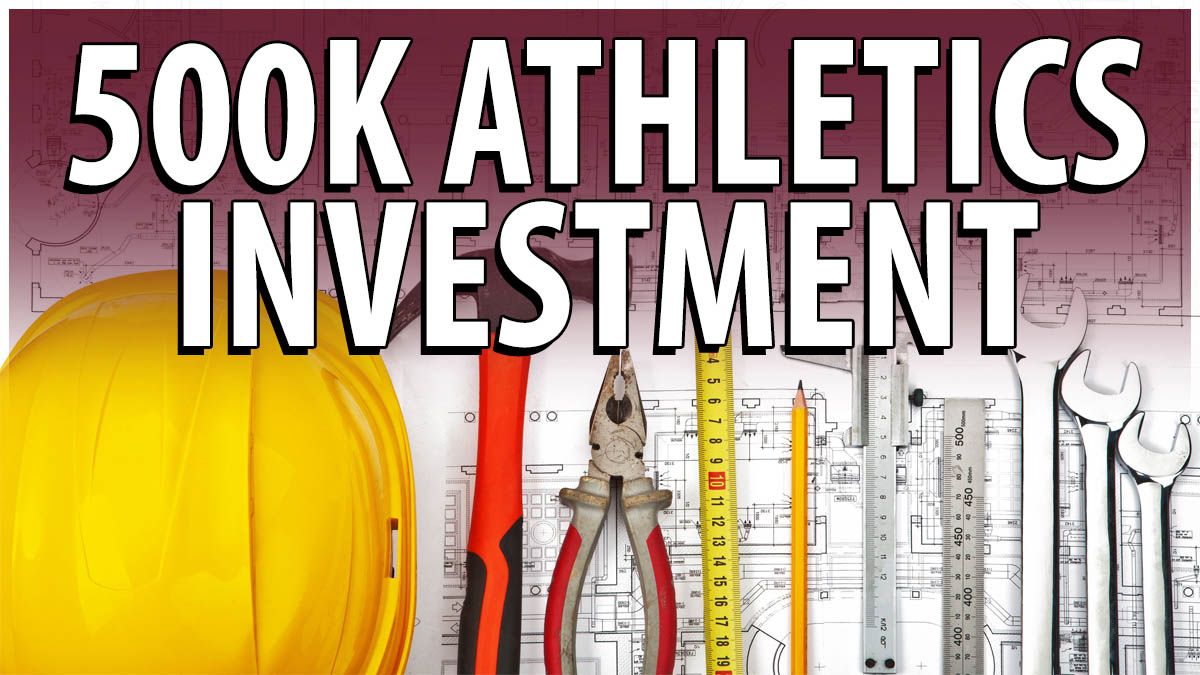 Cumberland Board of Trust members Wayne Starks and Mark Riggins, both former basketball players at CU, are leading the campaign, which aims to raise $500,000 by May 23, 2018, the next scheduled meeting of the Board of Trust.

“We want to do something that’s never been done before for Cumberland University,” Riggins said. “This campaign has the potential to touch so many different people, coaches and student-athletes, and begin the process of updating and adding to our incredible athletic facilities.”

The Dallas Floyd Recreation Center’s seating area would undergo a facelift, with plans for chairback seats throughout the gymnasium, the first major renovation in the building’s 25-year history.

“We are excited to lead the $500K campaign for Cumberland’s Athletic Department,” Starks said. “The money raised will have a positive impact on Cumberland student-athletes for years to come.”

The softball complex would see major improvements for fans, adding a raised seating area with chairback seats as well as a new press box, restroom facilities and raised netting to prevent foul balls from reaching the parking lot. Those attending games and events at the facility would also enter through a new awning and entrance similar to the one at baseball.

“Athletics has been and remains an important part of the fabric and culture at Cumberland University,” said University President, Dr. Paul C. Stumb. “With the help of many alumni, the support of all of our current coaches, faculty, staff, and the leadership of two venerable trustees who are also both former CU athletes, we are poised to raise a half million dollars – all of which will be deployed to affect essential infrastructure improvements and upgrades to our existing athletic facilities.”

New chairback seats as well as a new scoreboard are on the docket for Ernest L. Stockton Field-Woody Hunt Stadium, both items discussed by head coach Woody Hunt during Homecoming weekend with baseball alumni.

“I believe we are entering a new era of Cumberland University, an era that will bring excitement and growth to our school,” baseball coach Woody Hunt said. “I’ve never seen as much eagerness to accomplish great things as I do now for Cumberland to become an ever greater institution.”

Interested parties may contribute to the 500K Athletic Investment campaign through a variety of ways, including purchasing chairback seats for $150 apiece. More information may be found at http://www.cumberland.edu/500kinvestment as well as giving options online, through the mail or by phone.