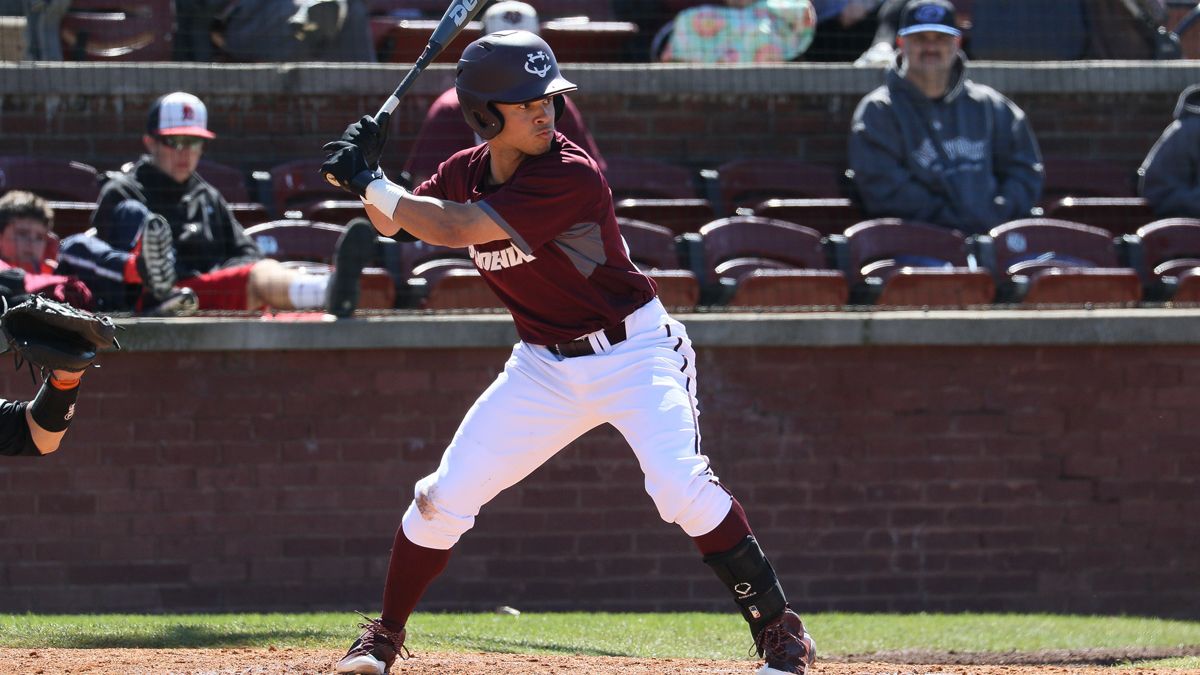 LEBANON, Tenn. – Hector Morales collected three doubles in the opener but Faulkner University’s Te’Kwaan Whyte belted a grand slam and the Eagles plated four unearned runs in the second contest, posting 5-2 and 6-3 victories over Cumberland in baseball action Thursday in Montgomery, Ala.

Morales posted three of the team’s eight hits and Jared Schmidt added two for the Phoenix in the first game of the day. Cumberland (3-2) had at least one baserunner in every inning but one but finished 0-for-15 with runners in scoring position in the contest, stranding nine, as many as the Eagles.

Braden Olive started for Faulkner in the opener but lasted just 3.1 innings, allowing one run on four hits with four strikeouts. Alex Carillo (1-0) picked up the win, giving up one unearned run on two hits in 2.1 innings of relief. Brandon Suttles got the last four outs, walking one and striking out two, for the save.

Alex DuBord no-hit the Phoenix for five innings in the second contest to get the win, giving up one walk with six strikeouts. Cumberland struck for three runs in the sixth against three Faulkner hurlers, but Jonathan Wilkins picked up the save with 1.1 innings of work, allowing one hit with one walk and three strikeouts.

Thomas Galart (1-1) was the tough-luck loser for CU, giving up six runs, two earned, on 10 hits with two walks and six strikeouts in six innings.

Cumberland stranded Morales in the top of the first in the opener after a leadoff double and the Eagles scored in the bottom half of the inning to take an early lead.

Whyte walked to start the frame and stole second before a single by T.J. Riles and a walk to Reese Cooley loaded the bases with no outs. Portela worked out of the inning with just an RBI groundout by Gage West.

The Phoenix would not be so lucky in the second inning, which started with free passes to Austin Paschke and Ryan Rosa. L.D. Coney reached on a bunt single, loading the bases for Whyte, who belted a grand slam to right, giving the Eagles a 5-0 lead.

Portela worked around an error and a walk in the third inning, but that would be all for the righthander.

Cumberland got a run back in the fourth when Andy Garretson singled with two outs and Kyle Blackwell followed with an RBI triple. Morales doubled to leadoff the fifth for CU, stole third and scored when the throw sailed into leftfield, cutting the deficit to 5-2.

In the sixth Whyte drew a leadoff walk and Riles singled to right before Cooney reached on an error, loading the bases. Jacob Freeland flied to left, but Garretson gunned down the runner at the plate for an inning-ending doubleplay.

Faulkner scored three times in the third inning of the second contest, starting with a leadoff single by Plaschke. After a fielder’s choice, Rosa bunted his way on and with two outs, Riles reached on an error, allowing a run to score on the play.

The Eagles then pulled off the double steal for a run and another came across on an RBI single by West, all unearned against Galart.

With two outs in the fifth Riles walked, stole second and scored on another West RBI single, this one up the middle, extending the Faulkner lead to 4-0.

Cumberland got on the board in the sixth and nearly evened the game at four.

Garretson and Jordan Hunt both walked to start the inning and Morales reached on a throwing error, with Garretson scoring on the play. With one out Carlos Moseley singled to left, plating Hunt, and Mykel Gordon’s infield single pushed across Morales, cutting the deficit to one.

Nick Mira popped up after a long at-bat and Schmidt struck out against Wilkins to end the inning.

Faulkner plated two insurance runs in the bottom of the inning with singles from Reid Long and Plaschke. Howard’s single through the left side scored a run and after a sacrifice bunt, another came across on a passed ball.

Cumberland and Faulkner will play a single game Friday at Noon, trying to beat the rain forecasted for the weekend.