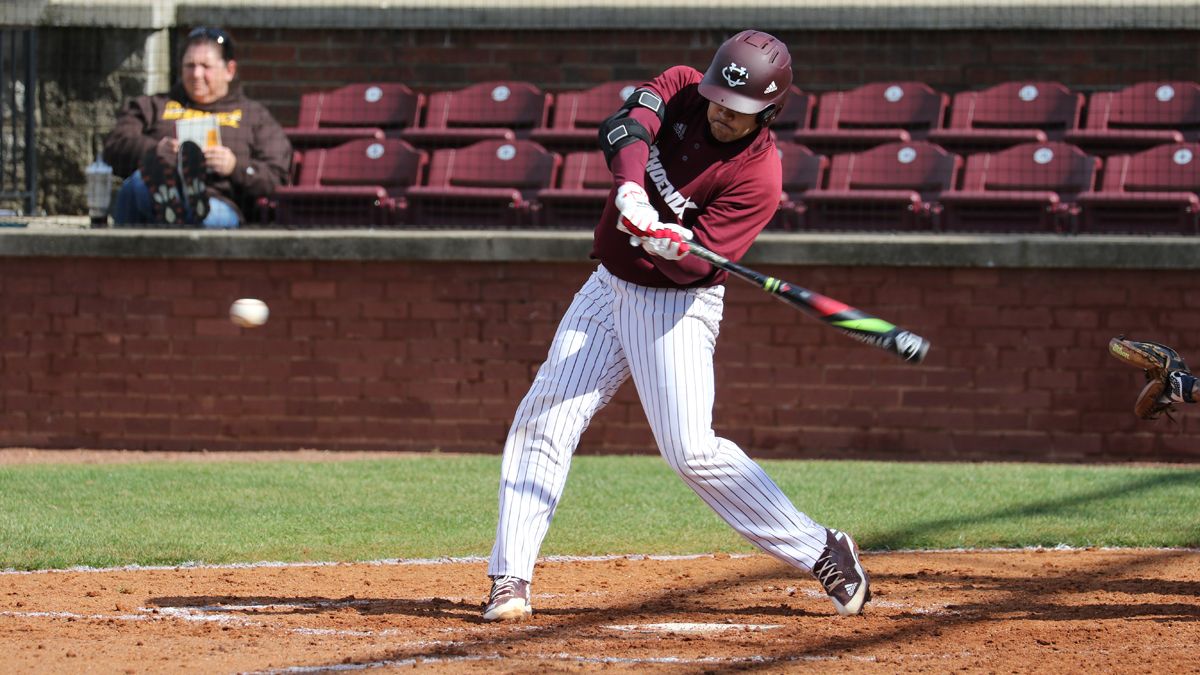 The Phoenix (6-5) collected 16 hits in the contest but stranded 14 runners, including the bases loaded in the fifth inning and two each in the second, third, seventh and eighth innings.

Rob McMasters was 2-for-4 with two runs scored and four RBIs for the RedHawks (5-4). Ben Hargrove, the last of six Martin Methodist hurlers, picked up the win, allowing no runs with one walk and one strikeout in 1.2 innings. Logan Underhill tossed four shutout innings of relief of MMC starter Michael Benusches.

Cumberland scored three times in the first inning, including a two-out solo homer from Rayden Sierra. Gordon then singled before Mira belted a two-run home run to right for a 3-0 lead after a half inning.

Schmidt doubled down the leftfield line to leadoff the second inning and Jacob Herrera moved the runner to third with a sacrifice bunt. Hunt followed with an RBI single to center for a 4-0 advantage.

Riley Phillips doubled to start the fourth for the RedHawks and McMasters walked with one out. Drew Nipper’s sacrifice fly plated Phillips and Landon Tidwell followed with an RBI double, cutting the CU lead in half.

Martin Methodist scored four times in the fifth inning, though the trouble started when Desmond Williams was hit with two outs. Williams stole second and went to third on a wild pitch. Phillips and John David Isbell were both intentionally walked and McMasters followed with a grand slam to right, giving MMC a 6-4 edge.

Cumberland answered with two runs in the sixth, evening the contest at six. Carlos Moseley walked with one out and Gordon singled with two outs, setting up Mira, who drove in both runners with a double to leftcenter.

It stayed that way until the eighth when Sierra reached on an error by MMC rightfielder Landon Tidwell to leadoff the inning. He went to second on a balk and third on a passed ball, scoring on Mira’s sac fly.

Gordon walked and Andy Garretson singled and both runners came across when Schmidt’s grounder was booted by shortstop Alex McKelvy. Caleb Kellogg got a pinch-hit single and Hector Morales’ grounder was thrown away by McKelvy, allowing another run to score for Cumberland for a 10-6 advantage.

McMasters singled to start the bottom of the eighth but was erased by a fielder’s choice off the bat of Nipper. Tidwell singled but White got the second out via a pop-up by pinch-hitter Aaron Hobbs.

Pinch-hitter Kenneth Embrey singled, loading the bases, and McKelvy walked, forcing in a run. Desmond Williams reached on an infield single to White and the pitcher threw the ball away, allowing two more runs to come across, knotting the game at 10.

Phillips was intentionally walked and Isbell drove in the winning run with an infield single. Four walks and one hitter batter scored for the RedHawks in the contest.

Cumberland hosts Siena Heights University in a four-game series this weekend at Ernest L. Stockton Field-Woody Hunt Stadium, with doubleheaders on Saturday and Sunday starting at Noon both days.