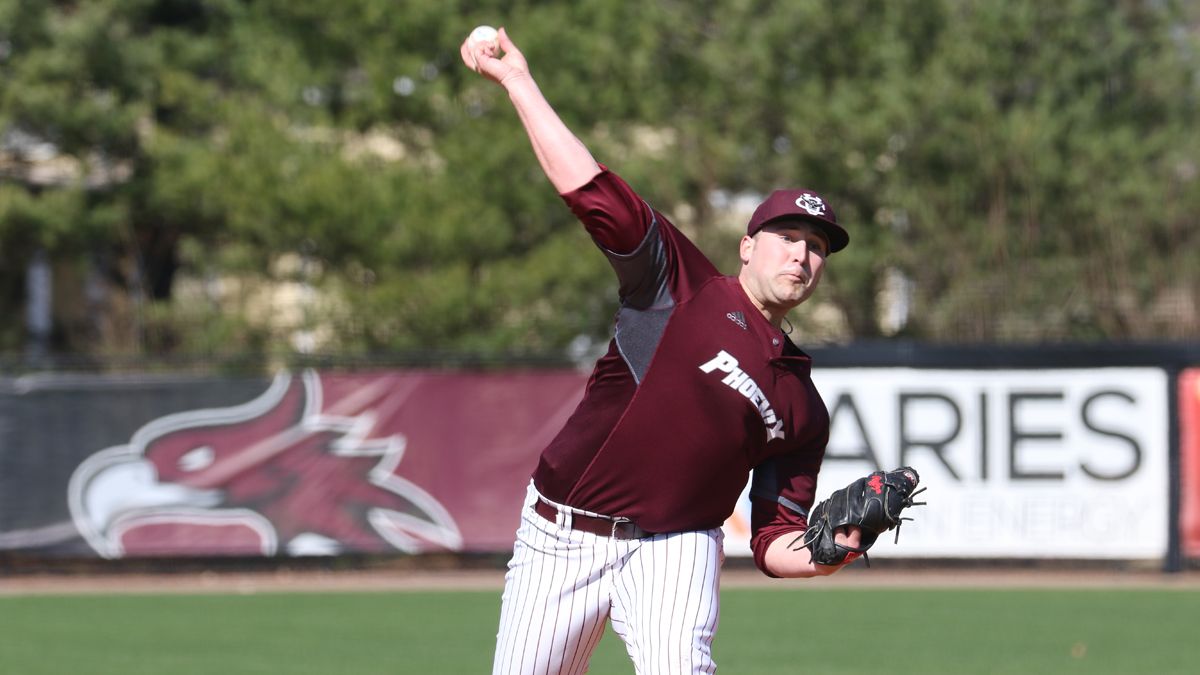 LEBANON, Tenn. – Kyle Blackwell hit a grand slam in the first game and Thomas Galart and Polo Portela each worked six innings for victories on the mound, as Cumberland swept a doubleheader against Martin Methodist, 12-6 and 5-2, on Friday in baseball action here at the Ernest L. Stockton Field-Woody Hunt Stadium.

The Phoenix (8-5) scored in every inning in the first game and Carlos Moseley and Mykel Gordon each hit home runs in the second contest, backing up the strong starts from Galart and Portela.

Gordon posted two hits and scored three times while Blackwell walked twice and scored two runs to go with his grand slam in the opener. Moseley added two hits with a triple, two runs scored and one RBI.

Galart (2-1) got the win for the Phoenix with six innings of work, giving up two runs on four hits. He walked three and struck out three, getting in-and-out of trouble in multiple innings.

MMC starter Ben Hargrove (1-1) suffered the loss, allowing eight runs, three earned, on seven hits in 3.1 innings. He walked one and struck out four and the RedHawks made five errors behind him defensively.

In the second contest Gordon hit a two-run homer in the first and Moseley added a solo shot in the fifth in back of Portela (2-1), who walked one, struck out two and gave up four hits in six innings. Gordon registered two hits in the second game as well.

Tanner Reed (0-1) took the loss for the RedHawks, allowing five runs on six hits with two strikeouts in 4.2 innings.

Cumberland scored four times in the first inning in the opener, which started with a one-out single to right by Moseley. Rayden Sierra was hit by Hargrove and Gordon’s slow grounder to third was booted, loading the bases. Blackwell then laced a line drive over the wall in rightfield for a grand slam and his third home run of the season.

The Phoenix added a single run in the second when Peyton Wheatley reached on an infield single and took second on a throwing error on the play. He then stole third and came across when the throw sailed into leftfield.

In the third Gordon singled with one out and Blackwell walked with two outs. Andy Garretson’s single through the left side plated Gordon for a 6-0 CU advantage.

The RedHawks (5-6) got on the board in the fourth after a one-out single from Desmond Williams and a walk to Riley Phillips. John David Isbell’s single to left scored Williams, but Galart got out of the jam without any further damage thanks to a 3-6-1 doubleplay.

Cumberland answered with a pair of runs in the bottom of the frame, starting with a one-out single from Morales, who scored on a triple to rightcenter by Moseley. Sierra followed with a sacrifice fly, extending the CU advantage to 8-1.

Drew Nipper and Landon Tidwell led off the fifth with singles for Martin Methodist and pinch-hitter Tanner Potterfield walked, loading the bases with no outs. Galart got a short fly ball and a strikeout but Williams drew a free pass, forcing in a run. The righthander limited the damage again, though, getting a pop-out from Phillips to end the frame.

Garretson walked with one out in the bottom of the inning, stole second, went to third on an errant throw by the catcher and scored on Jordan Hunt’s single to left.

Cumberland scored three more runs in the sixth, beginning with a single from Sierra. Gordon reached on an error by the shortstop and pinch-runner Joseph Midgett came across on a sac fly by Nick Mira.

Blackwell walked and pinch-hitter Cameron Jennings dumped an RBI single down the rightfield line. Pinch-hitters Parker Ward and Daulton Smith were both hit, forcing in the final run for the Phoenix.

Things got a little hairy in the seventh, with the RedHawks plating four runs on five hits and nearly getting the tying run to the plate.

Tidwell led off with a single but Potterfield bounced into a 6-4-3 doubleplay. Pinch-hitter Andy Hale singled and Alex McKelvy was hit before a free pass to Williams loaded the bases. A bloop single to short leftfield by Phillips scored a pair and Isbell’s single loaded the bases again.

Rob McMasters was hit, forcing in a run, and Nipper scored a run with a single before Tidwell struck out to end the contest.

Cumberland got off to another good start in the second contest when Mira drew a leadoff walk in the first and Gordon drilled a two-run homer to deep leftcenter for a 2-0 lead after an inning.

Aaron Hobbs belted a solo homer to right in the second for Martin Methodist, just clearing the wall and cutting the CU edge in half.

The Phoenix answered with two more runs in the bottom of the frame after Janson Neff was hit with two outs. Pinch-runner Hunt scored on a triple high off the batter’s eye in centerfield by Wheatley and Mira followed with an RBI single to center, for a 4-1 Cumberland advantage.

In the fifth Potterfield doubled and pinch-runner Brendan Grainger came across on a two-out throwing error by the Phoenix. Cumberland got the run back in the bottom half of the inning on a line drive homer to center from Moseley, just to the left of the hitter’s eye, for a 5-2 CU lead.

Travis Dohr recorded the first two outs in the seventh for CU but then walked McKelvy and Nipper and threw a wild pitch. Phillips drove a ball to deep centerfield, but Wheatley tracked it down at the wall to end the contest.