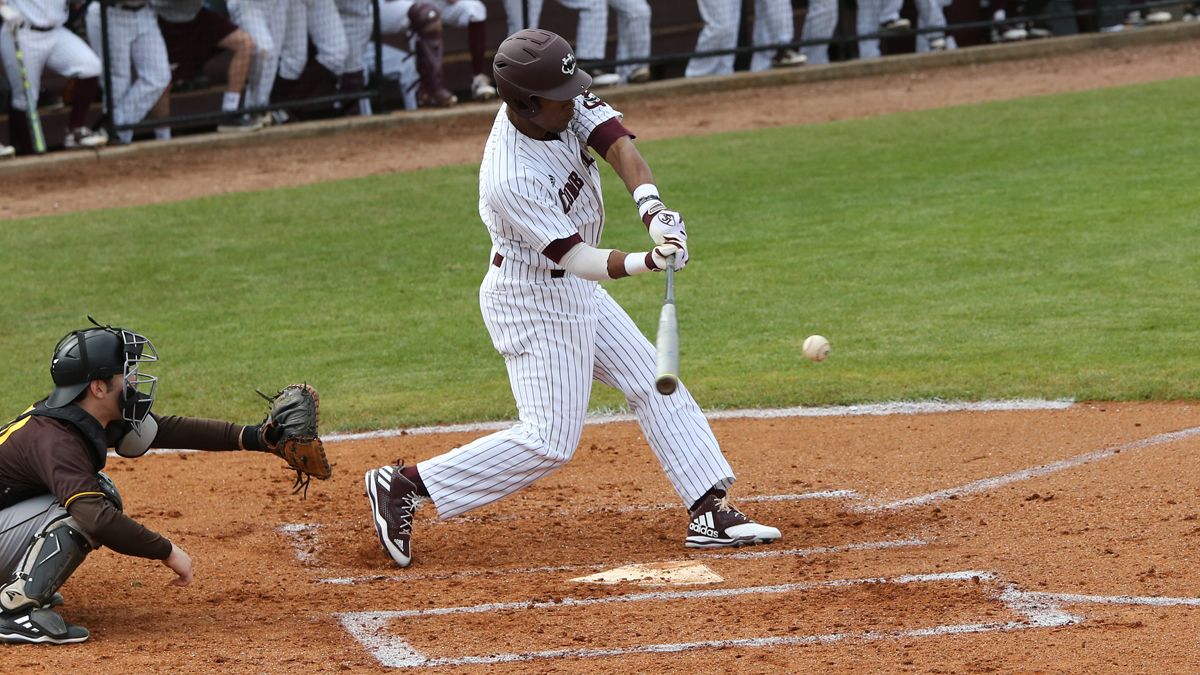 Cumberland hit six homers in the contest, including a pair of three-run shots and two solo home runs by Sierra. His three-run line drive to rightcenter tied the game at three in the first inning and he added two massive solo shots in the third and sixth innings.

He wrapped a line drive around the leftfield foul pole for another three-run home run in the eighth, the first four-homer game in memory for head coach Woody Hunt and CU broadcaster Mitch Walters, who combined have 60 years of experience with the program.

Carlos Moseley and pinch-runner (for Mira) Parker Ward each scored three runs while Hector Morales hit a two-run homer for the Phoenix. CU took advantage of eight walks by six Bryan pitchers and banged out 13 hits.

Cumberland (9-5) starter Christian Straub struggled with control, walking two and hitting three. The righthander allowed six runs on nine hits in four innings before giving way to Curtis Hoppe (2-1), who gave up two runs on three hits in the first inning of work but retired the side in order in the sixth. Hoppe struck out four in his two innings.

Monty Stevens, Thomas Galart and Travis Dohr retired nine of the 10 batters they faced, keeping Bryan off the scoreboard over the last four innings.

Fernando Garcia went 4-for-5 with two runs scored and two RBIs for the Lions (14-2) while Wade Weinburger collected two hits and two RBIs and scored twice as well.

The Lions scored three times in the first inning and it could have been more, but Rodney Tennie was hit to start the frame and Weinburger and Garcia followed with singles, putting the Lions ahead 1-0 and runners on the corners. Bryan executed the double steal, plating Weinburger, and Lake Burris singled to right.

David Scoggins walked while Garcia scored on a wild pitch on ball four. Tucker Cain was hit, loading the bases, but Straub induced a 6-4-3 doubleplay to end the inning without further damage.

Cumberland answered with a five-spot in the bottom of the inning, with Mira leading off the frame with a single to right. Moseley walked and Sierra followed with a three-run homer to rightcenter, a ball that just kept carrying and landed about halfway up the trees.

The Phoenix were not done, though, with Andy Garretson singling to left with two outs before Morales hit a line drive homer to left that just cleared the wall for a 5-3 lead after an inning, 35 minutes after the first pitch of the contest.

Tyler Scott led off the second inning for the Lions with a single to left. He moved to second on a groundout and third on a wild pitch before scoring on a ground ball by Weinburger, pulling Bryan within a run.

The Phoenix added to the lead in the third, starting with a towering home run to left by Sierra. Mykel Gordon and Garretson both walked and the runners moved up on a wild pitch. Bryan catcher Cody Young’s throw to second sailed into centerfield, allowing Gordon to come across on the play for a 7-4 CU advantage.

Bryan answered with two runs in the fourth, though, with Tennie’s line drive just clearing the wall in rightfield with one out. Garcia singled and Trevor Behrent walked with two outs before a single off the end of the bat into rightfield by Burris scored Garcia, making it 7-6.

The Lions added two more runs in the fifth when Cody Young led off with a single and pinch-runner Prentice Young moved to second on a failed pickoff throw. Weinburger’s two-out single to right plated a run and he stole second. Garcia then singled to left, plating Weinburger for an 8-7 Bryan edge.

Sierra’s towering blast to leadoff the bottom of the fifth, clearing the trees in leftfield and into someone’s yard on Tarver Avenue, evened the game at eight.

Cumberland broke through for three runs in the sixth to regain the lead. Peyton Wheatley started the inning with a solo homer to left and Mira followed with a single to right before a double down the leftfield line by Moseley. Sierra was intentionally walked, loading the bases, and Blackwell delivered a full count, two-out single to short center, plating two runs for an 11-8 CU advantage.

In the eighth Mira led off with a single and Moseley walked. Sierra then wrapped a hanging breaking ball around the leftfield foul line, another line drive shot that stayed fair, extending the lead to 14-8.

Cumberland hosts Indiana Wesleyan for a three-game series this weekend with a single game Friday at 2 p.m. and a doubleheader Saturday at Noon.