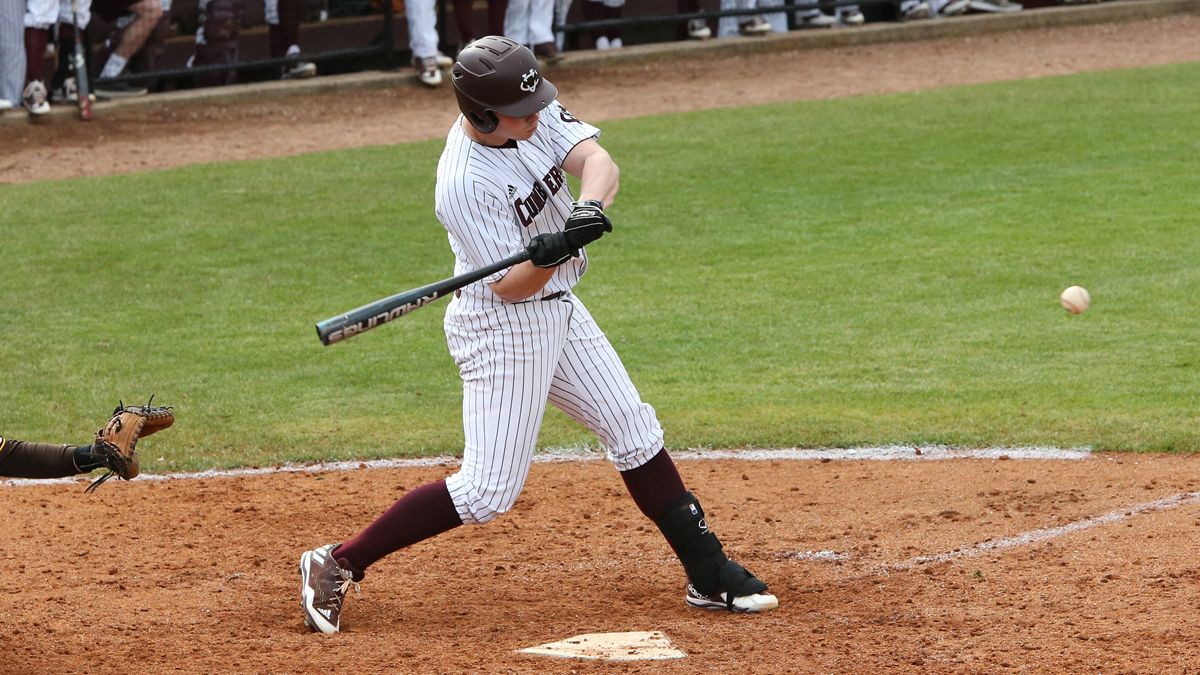 SHREVEPORT, La. – Cumberland scored five combined runs in the fifth and sixth innings to overcome a four-run deficit and win the opener, 5-4, and the Phoenix exploded for five runs in the third and eight more in the fourth in a 16-5 win, sweeping a doubleheader from LSU-Shreveport in baseball action here Tuesday at Pilots Field.

Cumberland (14-5) ran its winning streak to eight games with the two victories. CU plays a twinbill Wednesday versus Texas A&M-Texarkana at Noon CT.

The Pilots (12-10) plated two runs in the second inning and then two unearned runs in the fourth to take a 4-0 lead, but RBI singles by Caleb Kellogg and Nick Mira in the fifth cut the deficit to 4-2.

Andy Garretson’s RBI triple and a throwing error that allowed Garretson to score on the play knotted the game in the sixth. Later in the inning Joseph Midgett scored the winning run on a double steal.

Cumberland’s Christian Straub (2-1) battled through the early innings and settled down after the Pilots plated the unearned runs in the fourth. The righthander allowed two earned runs on seven hits with two walks and nine strikeouts. He retired 10 of the last 11 batters he faced, striking out the side in the seventh after a leadoff single by Carlos Andujar.

LSUS starter Trace Francis gave up two runs on five hits in 4.2 innings, striking out six. Adrian Cook (1-1) took the loss, allowing three runs, one earned, on one hit. He walked three and struck out two.

The Phoenix scored three times in the first inning in the second contest thanks to a pair of Pilots errors and added five unearned runs in the third, including an RBI single by Mira and a run-scoring base hit from Carlos Moseley.

LSUS plated five runs in the bottom of the third thanks to a grand slam from Kevin VanAsselberg and a solo shot by Matthew Hammock, but Cumberland answered with eight runs in the fourth.

Jared Schmidt posted an RBI double, Andy Garretson drove in two runs with a single and Hector Morales plated a pair of runs with a triple in the inning.

Curtis Hoppe (3-1) got the win despite some control issues, allowing five runs on three hits. He walked five and struck out six in five innings. Blake Young got the final six outs, striking out three.

LSUS starter Cade Gibson (0-3), the first of seven Pilots hurlers, gave up seven runs, one earned, on three hits to take the loss.

The Pilots got on the board first in the opener after a leadoff single from Hammock in the second inning. Two batters later Cain Brady lifted a fly ball down the rightfield line that just cleared the wall inside the foul pole for a two-run homer, his fourth of the year, and a 2-0 LSUS lead.

In the fourth Brady reached on an error and Jordan Trahan walked before an RBI double by Beauz Guilbeau. Anduhar also walked, loading the bases, and Robert Herrera bounced to the pitcher, but Straub’s throw to the plate pulled Mira, allowing another run to come across.

Cumberland got on the board in the fifth, with the rally starting on a two-out single by Schmidt. Morales was hit and pinch-hitter Kellogg lined an 0-2 pitch into leftcenter for an RBI single. Mira followed with a run-scoring single to right, cutting the deficit to 4-2 and chasing Francis from the contest.

In the sixth Mykel Gordon walked with one out and Garretson tripled off the base of the wall in rightfield with two outs, with the wind pushing the ball all the way to the wall. Gordon came around to score and Garretson scored when the throw to third got away, knotting the contest at four.

Schmidt then walked and pinch-runner Midgett took second and third on wild pitches. Morales also drew a free pass and the Phoenix tried a double steal. Chase Spatafora’s throw to the plate was on the money, but Guilbeau dropped the ball, allowing Midgett to score the go-ahead run.

Mira doubled and Moseley singled to start the second contest, though Moseley was erased on a double steal. Rayden Sierra’s fly ball to right was dropped, allowing Mira to score. Garretson walked with two outs and Morales grounded to third, but the throw to second for the force out sailed into rightfield, plating Sierra on the play. Schmidt then singled to right, pushing across Garretson for a quick 3-0 lead.

In the third Gordon and Schmidt were both hit and Jacob Herrera walked, loading the bases with two outs. Jordan Hunt lined to a ball to third that was dropped and the throw to second sailed into rightfield, allowing two runs to come across on the play.

Mira then dumped a single into short center, plating a run, and Hunt scored on a wild pitch before an RBI single from Moseley for an 8-0 CU advantage.

Hoppe ran into trouble with his control in the bottom of the frame, hitting Brady and walking Jake Gray and Caleb Lasseigne. VanAsselberg then drilled a high fastball over the wall in right for a grand slam, cutting the deficit in half. Hammock smashed a solo shot to deep rightcenter with two outs, making it 8-5 Phoenix after three innings.

Garretson and Morales both singled to start the fourth for CU and Schmidt doubled off the base of the wall in center, scoring one run. Herrera was hit and Hunt walked, forcing in a run, and Mira also drew a free pass, adding another run for Cumberland.

Moseley’s sacrifice fly to short center pushed across pinch-runner Peyton Wheatley. With two outs Gordon was hit again, loading the bases, and Garretson followed with a two-run single to center. Morales then blasted a triple off the rightfield wall, plating two more for a 16-5 Phoenix advantage.