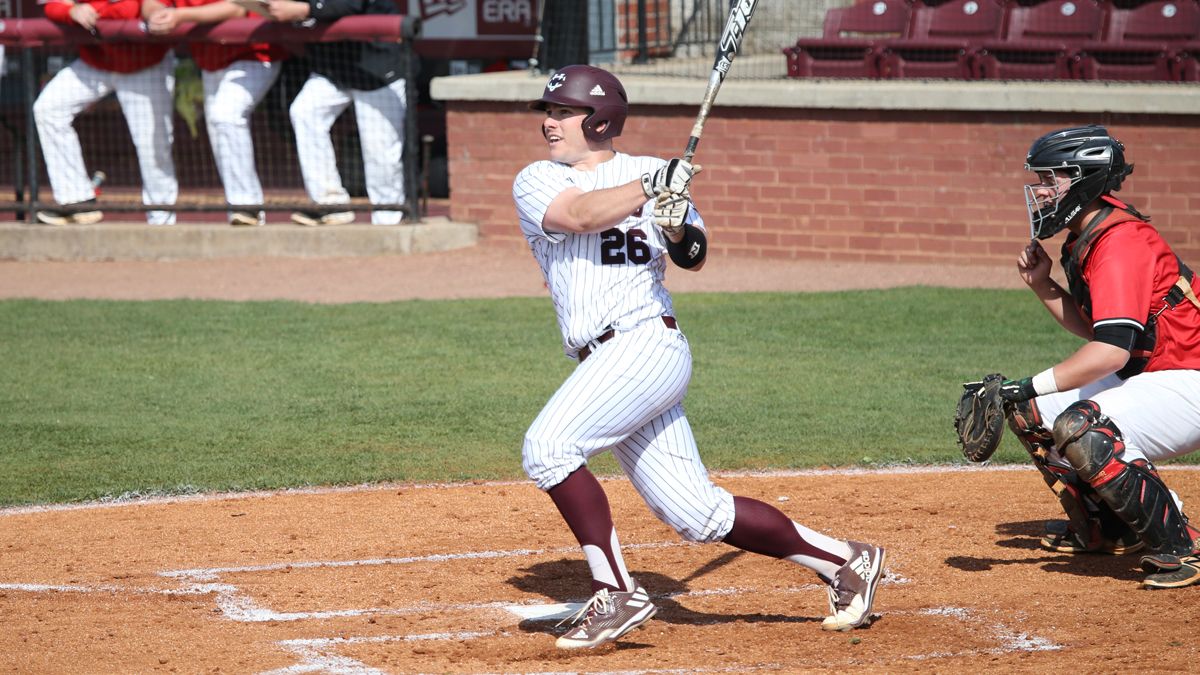 Neff hit a two-run homer in the second and a solo shot in the fourth, as the Phoenix (24-10) pounded out 20 hits, 12 of those for extra bases, in the eight-inning victory. Cumberland scored three runs in the fourth and fifth innings and added four more runs in the sixth, breaking open a game that swung back-and-forth in the early innings.

Sierra belted a monster blast that landed on Tarver Avenue in deep leftcenter, his 12th home run of the season, while Jordan Hunt and Hector Morales added two-run shots for CU. Caleb Kellogg and Jacob Herrera posted solo homers for the Phoenix as well.

Blake Young (2-0) got the win in relief for Cumberland, allowing two runs on two hits in 3.2 innings. He did not walk a batter and struck out one. CU starter Brad Smith worked 3.1 innings, giving up four runs on five hits with three walks.

The RedHawks took advantage of an errant throw to plate the first run after a single to left by John David Isbell to leadoff the top of the second inning. The throw to the infield sailed over the head of the infielders and all the way down the rightfield line. Isbell reached third on the play and scored on a sacrifice fly to center by Rob McMasters for a 1-0 MMC edge.

Cumberland gained the lead in the bottom of the inning when Mykel Gordon was hit with one out and Neff hammered a 1-2 fastball into the wind and over the wall in left, his second home run of the season, for a 2-1 CU advantage.

Brendan Grainger reached on an infield single to start the third inning, a ball off the glove of Smith, and Grainger moved to second when Carlos Moseley’s throw to first was wild. He took third on a groundout by Drew Nipper and scored on a single to center by Alex McKelvy, who stole second and went to third when the throw got into centerfield. Isbell’s two-out single up the middle put Martin Methodist ahead, 3-2.

Kellogg’s line drive homer over the rightfield wall with one out in the bottom of the inning evened the game at three.

Drew Love’s solo homer to dead center to leadoff the fourth, just to the right of the batter’s eye, pushed the RedHawks back in the lead, 4-3, but that was short-lived.

Neff belted his second homer of the day with two outs in the bottom of the inning, tying the game at four. Wheatley followed with a single to center and Hunt’s fly ball down the rightfield line just cleared the wall for a two-run shot and a 6-4 CU advantage.

Sierra hit a towering drive that bounced on Tarver Avenue in deep leftcenter to start the fifth for the Phoenix. Mira singled with one out and Morales got one into the jet stream to right with two outs in the inning for another round-tripper, extending the Cumberland lead to 9-4.

Martin Methodist got a pair of runs back in the sixth when Aaron Hobbs led off with a single to right. With two outs Grainger’s line drive landed in the trees in rightfield for a two-run homer, making it 9-6 Phoenix.

Wheatley singled to leadoff the bottom of the inning and stole second before Kellogg was hit with one out. Sierra singled to center, plating a run, and Sierra stole second. Carlos Moseley’s chopper up the middle scored Kellogg and a two-out double down the leftfield line from Mira pushed across another run for a 13-6 CU lead.

Neff singled up the middle to start the seventh for Cumberland and Wheatley followed with a double off the wall in rightcenter. Kyle Blackwell’s line drive to center turned into a sacrifice fly, plating pinch-runner Daulton Smith, but that was all for the Phoenix in the inning.

Cumberland ended the contest in the eighth thanks to three straight pinch-hitters, starting with a line drive homer to left by Herrera. Brandon Troutt then doubled to leftcenter and Nathan Vaughn, who made a spectacular play at shortstop in the seventh, followed with a double to almost the exact spot, ending the game by the 10-run rule.

The Phoenix host Freed-Hardeman on Wednesday at 3 p.m. before heading to Georgetown College to start a three-game series on Thursday.